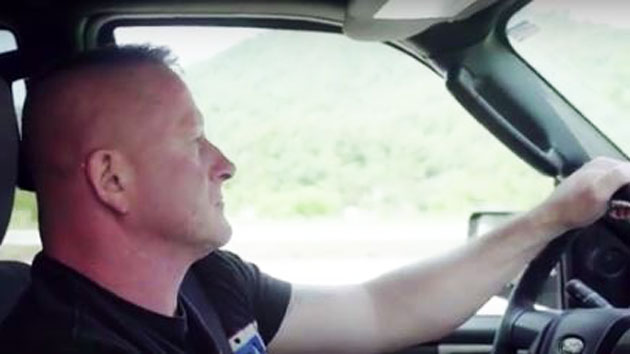 Richard Ojeda/Youtube(LOGAN, W.V.) — Democrat Richard Ojeda, the tattooed Army veteran and West Virginia state senator running for U.S. Congress, is out with his first ad of the general election — one that highlights his military service, family ties to coal and commitment to Social Security.
The ad, entitled “Airborne,” introduces Ojeda driving a Ford past the green hills near his home in Logan, West Virginia.
“I was raised here in Logan County, where I was blessed to be in a family that had over 200 years of United Mine Workers of America experience,” Ojeda narrates as he passes a coal production site. “I graduated from high school and really had three choices, and that was dig coal, sell dope or join the Army. I chose the military.”
The ad then spotlights Ojeda’s 24 years in the U.S. Army and two Bronze Stars from combat tours in Iraq and Afghanistan.
“We need to diversify our economy but I also think we still have a future in coal. I want to protect Social Security. You guys have paid into Social Security your entire working careers,” Ojeda says in the ad.
A quarter of West Virginians were Social Security recipients as of 2014, according to the AARP.
Ojeda, who has been called “JFK with tattoos and a bench press,” captured national attention in West Virginia’s competitive 3rd District race by running as a Democratic populist who can appeal to working class voters in the heart of Trump country. He faces a tough opponent in Republican Carol Miller, who is running a race in the mold of President Donald Trump.
Trump won ruby-red West Virginia’s 3rd District by nearly 50 points in 2016. Ojeda says he even voted for Trump. But national Democrats think they have a shot in a place where the Trump campaign draws giant rally crowds.
Last week, the Trump campaign endorsed Miller.
“As a small-business owner and farmer, Carol Miller knows first-hand the benefits of the Trump economy for hard working West Virginia families,” said Lara Trump, senior adviser to Donald J. Trump for President, Inc., in a statement. “Carol is pro-coal, pro-Second Amendment, and pro-Trump through and through, and is prepared to tackle the opioid epidemic that’s affected countless West Virginians.”
While the most recent polls lean toward the Republican Miller in November, Democrats think the 3rd Congressional District has a good shot at turning blue this election. Republican Congressman Evan Jenkins, who was recently appointed to the West Virginia Supreme Court, previously held the district, which curves across the southern bottom of the state.
Ojeda's 30- and 60-second ads have an initial week-long ad buy of $120,000, and will be broadcast across the district.
Copyright © 2018, ABC Radio. All rights reserved.