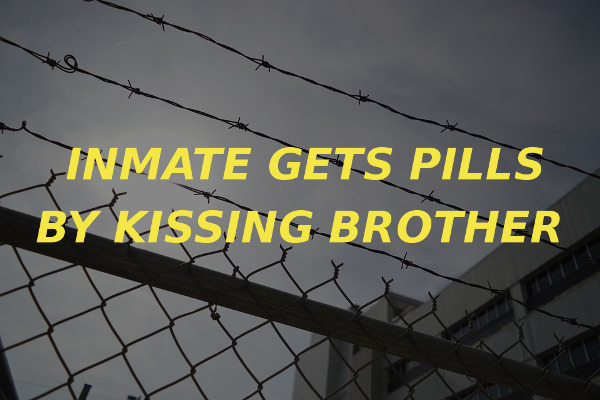 Clearfield County, PA – An inmate is accused of getting pills delivered to him via an open-mouth kiss from his brother.

40-year-old Michael Miles of Clearfield had been in his preliminary hearing in July for previous charges of terroristic threats and harassment.

He had asked if he could say goodbye to his brother before he went back to jail. Although the officer had allowed him to give his brother a hug, the two men kissed instead.

Miles’ brother had passed him a cellophane packet containing either Klonopin or Subutex, which Miles swallowed.

Miles was taken to the hospital, where he confessed.

In addition to his original charges, Miles is now facing felony charges of possession of a controlled substance and possession of contraband by an inmate. He remains in the Clearfield County Jail on $10,000 bail.

COVID-19 Update: PA has administered more than 2.2 million vaccines so far
Privileged or legal mail to state prisons must now have qualified control number
High-speed chase in DuBois causes crash, shuts down Route 255
Asian man stabbed in back in Chinatown, suspect charged with attempted murder as a hate crime
Today is deadline to register for WPAL Winter Warrior powerlifting showdown
Farmers who lost crops to 2020 drought can get disaster relief loan