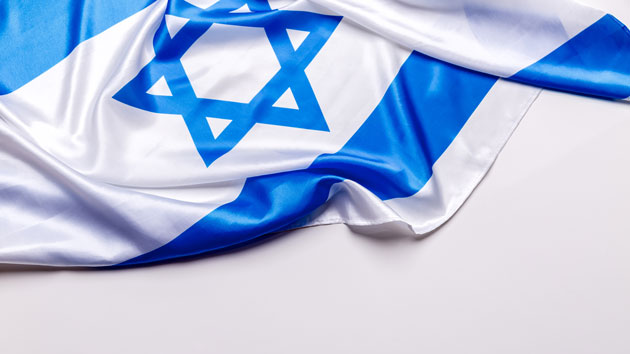 iStock/Thinkstock(WASHINGTON) — The Trump administration is closing the Palestinian delegation's office in Washington D.C., saying it "has not taken steps to advance the start of direct and meaningful negotiations with Israel," according to State Department spokesperson Heather Nauert.
The move is the latest in a pressure campaign on the Palestinians by the White House, including slashing funding, as it prepares to roll out its long-awaited peace proposal for the Israelis and Palestinians.
The Palestine Liberation Organization's office has served as a de facto embassy for the Palestinian people. It's unclear when the notice will take effect.
But in a statement, Nauert accused Palestinian leadership of condemning and not cooperating with the Trump administration's forthcoming peace plan, orchestrated by President Trump's senior adviser and son-in-law Jared Kushner.
The Palestinians blasted the decision, condemning the Trump administration's "policy to collectively punish the Palestinian people," Dr. Saeb Erekat, a senior Palestinian official, said in a statement.
"We will not succumb to U.S. threats and bullying and… we will continue our legitimate struggle for freedom, justice, and independence, including by all political and legal means possible," he added.
That includes a push to have the International Criminal Court investigate Israel for possible war crimes against the Palestinian people. Erekat said the Palestinians will continue to push for that, which Nauert also cited as a reason for the U.S. decision to shut down the office.
In addition to closing the PLO office, the Trump administration has recognized Jerusalem as the capital of Israel and moved the U.S. embassy there, slashed funding to the U.N. Relief and Works Agency for Palestinian refugees in the region, and removed all direct assistance to the Palestinian people. Administration officials have cited various reasons for those decisions – but President Trump made clear last week that it is meant to pressure the Palestinians into making a deal.
"I'd say, 'You'll get money, but we're not paying you until we make a deal. If we don't make a deal, we're not paying.' And that's going to have a little impact," Trump said on a conference call with Jewish leaders Thursday.
Critics have warned that the cuts will lead to a humanitarian crisis in Gaza and an escalation in unrest, tensions, and violence — and certainly not to the Palestinians coming to the table. Their leadership has already roundly rejected those moves, saying the U.S. has lost its role as a peacemaker because of it.
"This action should not be exploited by those who seek to act as spoilers to distract from the imperative of reaching a peace agreement. We are not retreating from our efforts to achieve a lasting and comprehensive peace," Nauert said in her statement Monday.
Copyright © 2018, ABC Radio. All rights reserved.