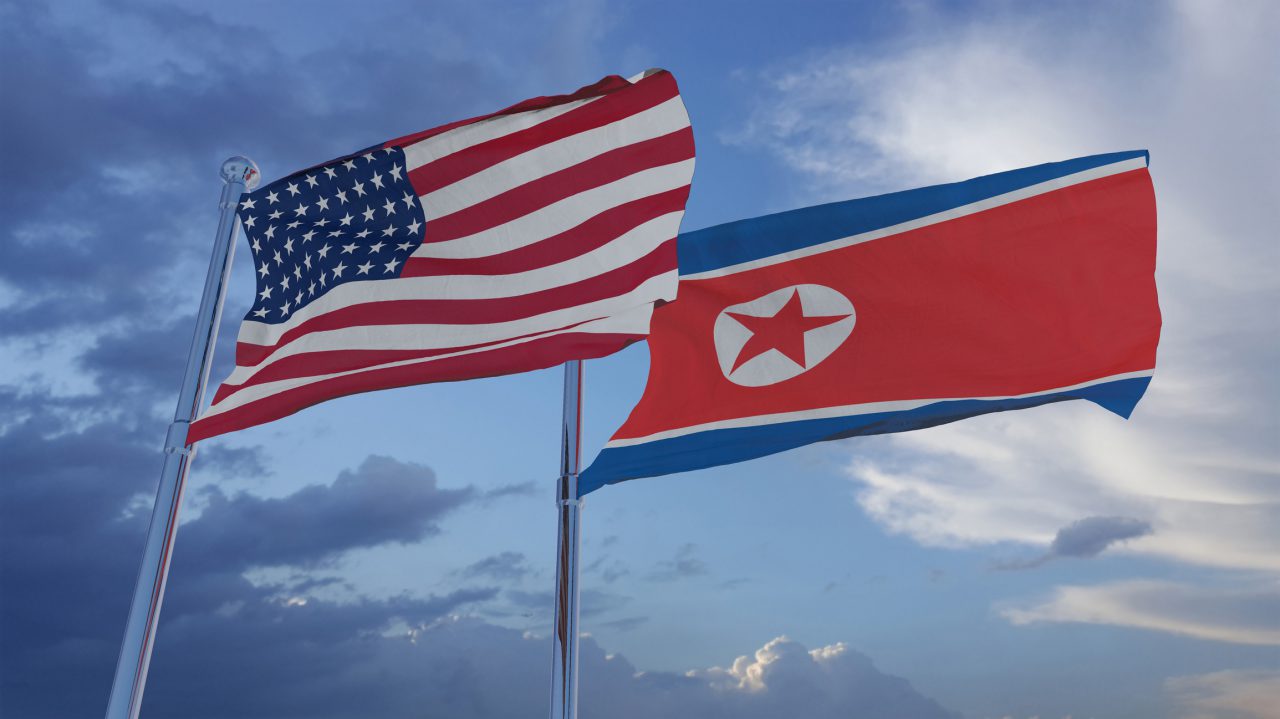 iStock/Thinkstock(WASHINGTON) — The Trump administration is coordinating a second meeting between President Trump and Kim Jong Un after the president received a "very warm, very positive" letter from the North Korean dictator that requested another face-to-face sit-down, according to White House press secretary Sarah Sanders.
While Sanders said the note is "further indication of the progress that we hope to continue to make," there is still great doubt about the regime's willingness to dismantle its nuclear weapons program, with Trump's top national security aide saying Monday the U.S. was "still waiting" for progress on that front.
"President Trump can't make the North Koreans walk through the door he's holding open. They're the ones that have to take the steps to denuclearize, and that's what we're waiting for," National Security Adviser John Bolton said Monday.
It's unclear when or where a second meeting between the two leaders would take place, but Bolton said the administration does not expect Kim to attend the United Nations General Assembly later this month in New York when world leaders descend on the city for a week of annual meetings.
Bolton would only say that a second meeting was a "possibility," but to critics, the merits of one are dubious when North Korea has yet to make public progress on denuclearizing.
"It is premature to hold another summit meeting without any evidence of North Korean commitment to abandon its nuclear arsenal," said Bruce Klinger, the CIA's former Korea deputy division chief who is now a senior fellow at the conservative Heritage Foundation, adding that Kim is seeking "additional concessions from the president" and "sees [Trump] as more eager to maintain the proclaimed success of the summit."
Sanders pushed back on that notion, telling reporters at the first White House briefing in nearly three weeks, "The president has achieved tremendous success with his policies so far."
She cited the return of U.S. hostages detained by North Korea and of American service members' remains from the Korean War, even though neither is directly related to the nuclear threat the country still poses to the U.S. and its allies.
She also referenced North Korea not testing a nuclear weapon or an intercontinental ballistic missile in months, even though such tests are not necessarily needed for updating or expanding its arsenal and North Korea claims it no longer needs them because it has "perfected" its nuclear missile capability.
And she noted that North Korea did not include any of those weapons in a major parade to celebrate its 70th anniversary on Sunday, even though it hasn't taken steps to get rid of any of them — or even allowed international inspectors in the country to determine how many it has.
President Trump also praised North Korea for its parade on Twitter Sunday, calling it "a big and very positive statement."
"Thank you To Chairman Kim. We will both prove everyone wrong! There is nothing like good dialogue from two people that like each other!" he added.
It was just two and a half weeks ago that Trump canceled Secretary of State Mike Pompeo's trip to Pyongyang, citing a lack of "sufficient progress with respect to the denuclearization of the Korean Peninsula," Trump tweeted.
The rare admission from the president was meant to send a signal to North Korea that it had to take action — but critics say it has been undermined by the president's praise. Those kinds of warm words for Kim actually hurt the U.S. effort, experts say, because it provides little incentive for North Korea to take steps, instead of coasting on the president's goodwill for Kim.
The cancellation came after a very different letter from North Korea's chief nuclear negotiator and former spy chief Kim Yong Chol, warning the Americans not to get on a plane if they would not give up their "gangster-like" demands.
Talks between the two sides have been at a standstill since the Singapore summit in June, deadlocked over the sequencing. North Korea demands that the U.S. sign a joint declaration to end the Korean War, which ended in an armistice, not a peace treaty. But the U.S. has said North Korea must first take steps to denuclearize before the U.S. would make any concessions.
In a statement over the weekend, Kim reaffirmed that his regime was committed "to a process that … was dependent on simultaneous, or at least 'synchronous,' action on Washington's part to address Pyongyang's concerns," according to Robert Carlin, a fellow at the Stimson Center and long-time interlocutor with North Korea.
But to Washington, especially skeptics like Bolton, synchronous actions have resulted in North Korea back-sliding on its promises in the past. It's unclear whether they can find a compromise that satisfies both sides.
The State Department's new Special Representative for North Korea Stephen Biegun arrived in Seoul, South Korea, on Monday to kick off his first trip to the region. He will also stop in China and Japan to "continue diplomatic efforts to achieve the final, fully verified denuclearization of North Korea as agreed to by Chairman Kim in Singapore," according to the State Department.