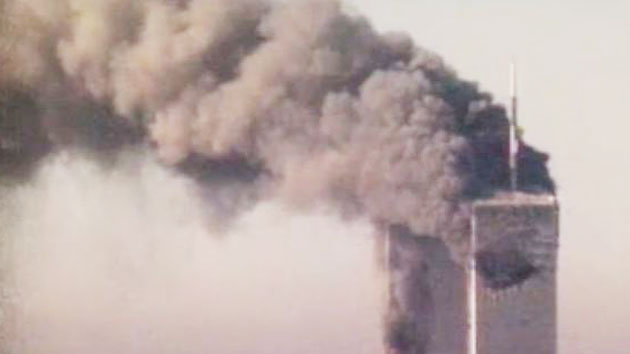 ABC News(NEW YORK) — The 9/11 attacks happened 17 years ago, but many people are still suffering and dying from the aftermath.
On that fall day, 2,997 people died as a direct result of the attacks, most of them at the World Trade Center in New York City but others in the attack at the Pentagon and the United Airlines Flight 93 that crashed in Pennsylvania.
Thousands of others were injured, and in the years since, many thousands more have gotten sick or died from recovery efforts at Ground Zero.
As of Aug. 31, the September 11th Victims Compensation Fund set up by Congress in 2011 has found 20,874 claimants eligible for compensation, and has awarded more than $4.3 billion.
Among those who have received or are deemed eligible for awards are more than 16,000 responders to the World Trade Center attack site in New York City. These are the people who performed rescue, recovery, demolition and debris cleanup in the aftermath, and included police, firefighters and FBI agents from the city and surrounding areas.
“To this day we’re still losing officers each and every year from the effects of 9/11,” NYPD Chief of Department Terence Monahan told ABC News in an interview.
So is the New York City Fire Department.
“The loss of life for our department on Sept. 11 was staggering,” said Fire Commissioner Dan Nigro of the 343 firefighters who died that day. “So too is seeing this list of heroes grow each year with no end in sight.”
Twenty-three NYPD officers were killed at the World Trade Center on Sept. 11, 2001. In the 17 years since, the department says another 156 have died of illnesses contracted from their time on what was then known as “the pile,” the mountain of toxic debris from the fallen towers.
Among city firefighters, 182 have died of 9/11-related illnesses, including 18 in the past 12 months, according to the FDNY. The names of the 18 were added to a memorial wall at the department's headquarters during a ceremony Thursday.
“Our World Trade Center Memorial Wall is a symbol of our sacrifice, our dedication and above all else our bravery that is the hallmark of the FDNY,” Chief of Department James Leonard told the assembled family members. “Those we’re honoring toiled at that site of such terrible destruction. They worked long, difficult, painful hours sifting through the rubble search for those killed.”
Federal agents have also seen a recent increase in the number killed by 9/11-related illnesses, including 15 FBI agents, the FBI said.
“These were people who served their country in its hour of greatest need, much like the thousands of first responders who poured into this city” said FBI Director Christopher Wray. “We’re only now beginning to witness and understand the long-term effects of that work.”
Relatively few federal law enforcement officers have sought help, a Justice Department official told ABC News, despite having worked at the attack site that one retired agent called a “cesspool of cancer.”
On Friday, Wray and the special master of the Victims Compensation Fund, Rupa Bhattacharyya, held a forum at the National September 11 Memorial and Museum to encourage federal agents to register.
“All of you who have done so much in service of this country have the opportunity to get the information about the benefits that are available to you as a result of your service on 9/11,” Battacharyya said.