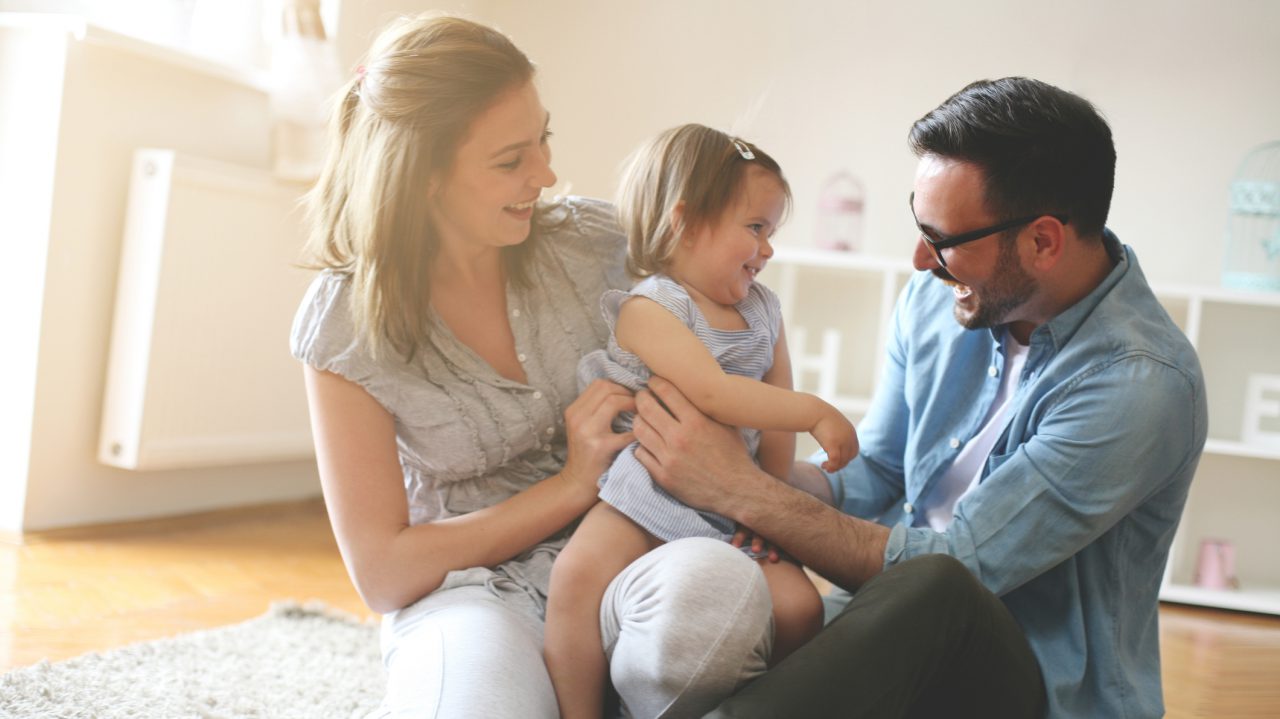 iStock/ThinkstockBY: DR. EDITH BRACHO-SANCHEZ
(NEW YORK) — Talking to children when they're tiny doesn't just teach them speech — early conversation is linked to better language skills and higher IQ scores when they get to school, according to a new study published today in the Journal of Pediatrics.
“By showing that parent-child verbal interactions in early childhood predict critically important outcomes … the authors of this study have made a major contribution to this topic,” said pediatricians Dr. Alan Mendelsohn and Dr. Perri Klass — who were not involved in the study — in an attached commentary.
The team of researchers began with children 18-months-old to two-years-old, recording — both the words the children heard from adults, and their adult-child conversations — once a month, for a total of six months. Researchers then brought children back for language and cognitive testing when they were nine to 14-years-old.
The children who had taken more "turns" speaking when talking back and forth with adults had an average of 14 to 27 percent higher performance on IQ tests, verbal comprehension, and receptive and expressive vocabulary scores, according to the study, which controlled for socioeconomic factors.
“Programs seeking to foster language skills in young children should pay careful attention…promotion of language-rich and emotionally positive interactions should be the goal, with play and reading aloud offering contexts for parents to provide not only enriched vocabulary, but also…enriched interactions,” Mendelsohn and Klass said in the commentary.
Both the quantity and quality of language are known to affect the future language and mental development of children.
In a recent short term study, children who took more turns in back-and-forth conversation with their parents had stronger connections between the brain regions responsible for comprehension and production of speech, and also scored higher on verbal skills tests.
In a well-known 1990 study, researchers showed that by the time children from higher socioeconomic backgrounds reach school age, they are exposed to — on average — 30 million more words than children growing up in poorer families. This became known in the medical community as the “word gap,” and since then, many policies and interventions have been focused on the quantity of words a child hears.
But the word gap might be too simple an explanation for vocabulary differences, said Dr. Rachel Romeo, a postdoctoral research fellow in translational neurodevelopment at Massachusetts Institute of Technology and Boston's Children's Hospital, who was not involved in the study. In a recent interview with ABC News, she said her team and others are part of a movement to emphasize the importance of word quality — not just quantity.
“When you engage children in conversation, you can target language for their appropriate level of development," she said. "They’re getting that optimal feedback,” Romeo said.