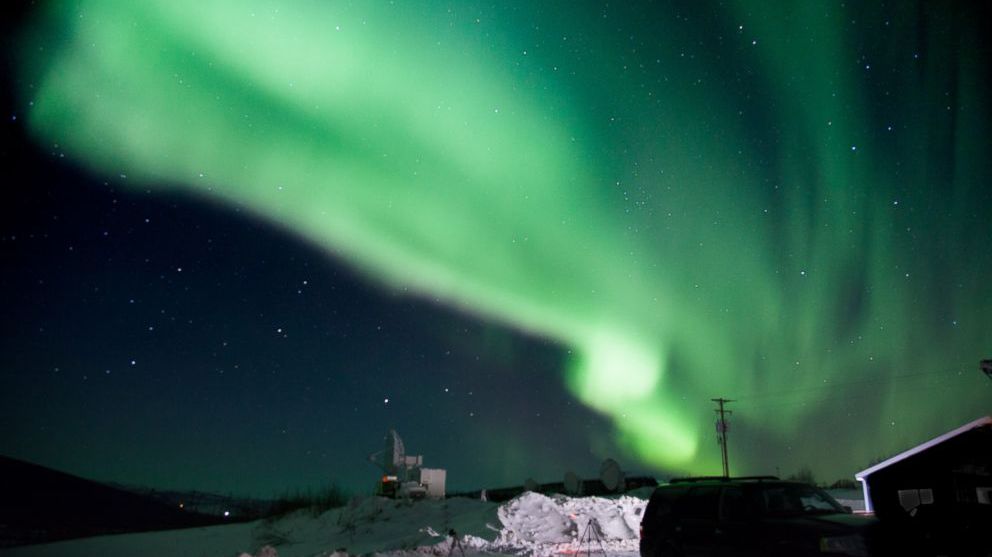 Terry Zaperach/NASA(NEW YORK) — Have you ever wanted to see auroras, the rippling lights that sometimes paint the heavens with unearthly blues or greens and make you feel like you're in a van Gogh painting?
If you live in a northern U.S. state, Tuesday might be your chance.
Residents in some parts of at least 15 states across the country may be able to see the awe-inspiring phenomenon, The National Oceanic and Atmospheric Administration (NOAA) said on Monday.
But, wait, some watchers will be luckier than others.
"The further north you are — say, upstate New York or upper Michigan — the more likely you are to see the aurora," Rodney Viereck, a researcher with NOAA, told ABC News. "And you also need clear skies, because cloudy weather often blocks it."
Another factor that could affect whether you get to see it is altitude.
"If you're in a hilly area, it's good to get up where you can see to the north because typically the aurora will be northward of you," Viereck said. "And if you can see closer to the horizon then you have a much better chance of seeing the aurora when it's off in the distance."
The states that will be able to see the aurora Tuesday are within a horizontal band that spans the globe, where a geomagnetic storm — a disturbance in the space between the sun and the earth that affects earth's magnetic field — will hit.
Intense storms can disrupt navigation systems and mess with radio and GPS signals, according to NOAA's website.
So should you worry? Not much. Tuesday's storm is of a moderate G2 level (on a scale of G1 to G5), said Viereck. You can even try and capture the aurora on camera.
"The digital cameras that are available today are very very capable and can often pick up an aurora that the human eye can't see," he said.
So, good luck, aurora-watchers. Keep your lenses and your climbing gear ready and may the geomagnetic force be with you.