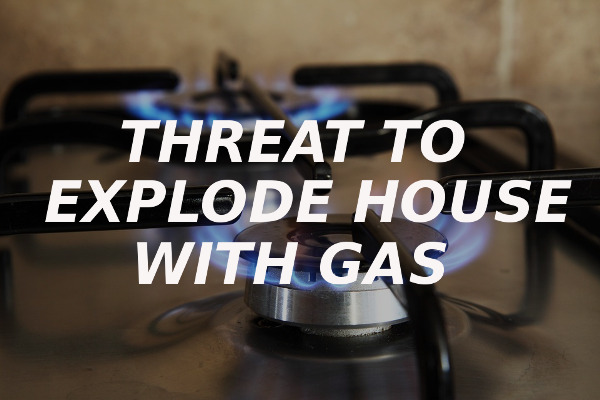 DuBois, PA – A DuBois man is accused of trying to blow up his house by leaving the gas on, as well as assaulting his wife.

50-year-old David Olewinski had turned on the gas in his home on Sept. 4. His wife smelled it and asked why it was on, but Olewinski claimed he didn’t remember doing it.

However, police later found that he had told someone else that he was going to burn down the house and was overheard by a child.

Olewinski’s wife went to the police the next day. She says they were separating so she was packing her things. He allegedly struck her with a package of arrows and pushed a crossbow into her, as well as punched her in the head and lip.

When she told police about the assault, she also mentioned the incident with the gas, which led to further investigation.

Olewinski was taken into custody and charged with a felony count of risking a catastrophe, plus misdemeanor charges of simple assault, terroristic threats, possession of marijuana, and possession of drug paraphernalia.

He was jailed in lieu of $25,000 bail. Olewinski’s preliminary hearing is scheduled for Friday.