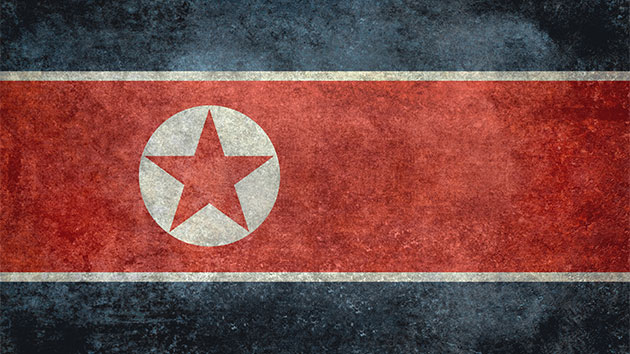 iStock/Thinkstock(NEW YORK) — Thousands of goose-stepping soldiers, battalions of tanks, rocket launchers and fighter jets were on display in and above Pyongyang's Kim II Sung Square on Sunday to mark the 70th anniversary of North Korea's founding, but noticeably missing from the massive show of military might was the country's arsenal of nukes.

North Korean leader Kim Jong Un watched the procession, a mix of military and civilian pageantry, from a balcony overlooking the square named after his grandfather, who was the founding leader of the country.

"Their nuclear program has achieved what they wanted it to achieve: They wanted to pose a significant threat with these nuclear weapons," Grace Liu, a research associate at the James Martin Center for Nonproliferation Studies in Monterey, California, told ABC News, explaining the likelihood of why Sunday's parade didn't include nukes.

"They wanted leverage to get South Korea and the U.S. to the table," Liu said.

The parade came just four months after Kim and President Donald Trump met in Singapore and signed a joint statement committing to denuclearizing the Korean Peninsula.

Since the summit, the first between the leaders of the United States and North Korea, negotiations to denuclearize the peninsula have devolved into an impasse. In August, Trump canceled Secretary of State Mike Pompeo's trip to North Korea, citing the lack of sufficient progress.

Sunday's parade might have signaled that Kim wants to jumpstart the negotiation by not showcasing his country's intercontinental ballistic missiles, believed capable of reaching the United States, experts said.

It also indicates, according to experts, that Kim may be attempting to taper down tensions as he prepares for a three-day summit later this month in Pyongyang with South Korean President Moon Jae-in.

Jeffrey Lewis, an expert in nuclear nonproliferation and a scholar at Middlebury Institute of International Studies, said North Korea's decision not to show off its nuclear weapons is following the "out-of-sight, out-of-mind" strategy of other nuclear-armed countries.

"North Korea is not looking to give up its nuclear weapons. What they are looking to do is get sort of the Israel deal, where they don't talk about them anymore," Lewis told ABC News. "They exist and they can have as many as they want, but they won't parade them."

There was no immediate explanation from North Korea as to why the country chose not to showcase its greatest weapons.

On the eve of the opening ceremony for the Pyeongchang Winter Olympics in neighboring South Korea, a military parade in Kim II Sung Square not only featured ICBMs wheeled out on trailers, but also a speech in which Kim declared North Korea a "world-class military power" and warned aggressors against infringing on his country's sovereignty "even by 0.001 millimeter."

Kim did not speak at Sunday's parade. He capped off the procession by standing on the balcony overlooking the square with Li Zhanshu, special envoy sent by Chinese President Xi Jinping. The two men locked hand and smiled as the crowd below cheered.

There was also a large contingent of civilians that participated in the parade, holding colorful plastic bouquets as they marched through the square.

Kim Yong Nam, the head of North Korea's parliament, opened the parade with a speech emphasizing the country's economic ambitions over its military goals, a message that seemed to appease Trump.

"North Korea has just staged their parade, celebrating 70th anniversary of founding, without the customary display of nuclear missiles. Theme was peace and economics. Experts believe that North Korea cut out the nuclear missiles to show President Trump its commitment to denuclearize,"