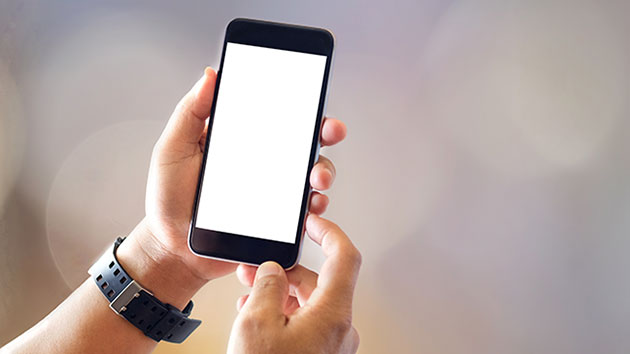 iStock/Thinkstock(WASHINGTON) — President Trump acknowledged on Twitter that Apple prices could go up as a result of the "massive tariffs" he's proposing on China, but rather than accepting blame for a potential hike on popular consumer items, he said the company should move production to U.S. shores.
"Start building new plants now. Exciting!" President Trump said, advising the tech giant over Twitter on Saturday as his motorcade drove from the White House to his Virginia golf club.
The president's tweet comes just days after Apple sent a letter to the U.S. Trade Representative raising concerns that the additional tariffs the president proposed would be bad for business.
“Our concern with these tariffs is that the U.S. will be hardest-hit, and that will result in lower U.S. growth and competitiveness, and higher prices for U.S. consumers,” Apple said in its letter.
The president has called for an additional $200 billion in tariffs on products imported from China, which Apple says would impact a wide range of its products — including Apple Watch, Apple Pencil and Air Pods — and force the company to raise prices.
In addition to anticipating a negative impact on its operations, the company makes a case for how tariffs would be detrimental to the broader economy.
“More broadly, tariffs will lead to higher U.S. consumer prices, lower overall U.S. economic growth and other unintended economic consequences. As a result, tariffs will ultimately reduce the economic benefit we generate for the United States,” the company writes.
President Trump warned on Friday that in addition to the $200 billion in tariffs now being prepared, he's also prepared to slap an additional $267 billion worth of tariffs on China if he deems it necessary.
“The $200 billion we’re talking about could happen very soon,” Trump said. “To a certain extent, it’s up to China.”
He continued, “And I hate to say that, but behind that, there’s another $267 billion ready to go on short notice if I want. That totally changes the equation."
Copyright © 2018, ABC Radio. All rights reserved.