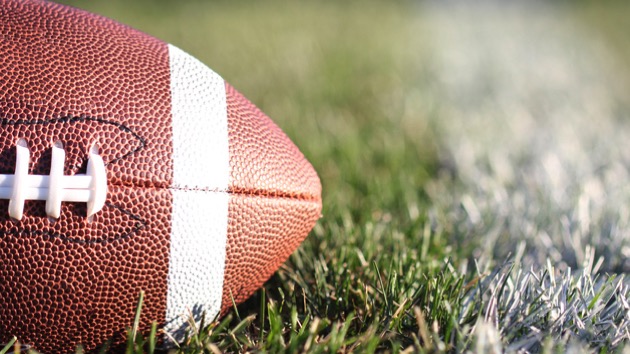 iStock/Thinkstock(NEW YORK) — Will Saquon Barkley live up to his draft status? Is quarterback Eli Manning in decline? How will the Giants fare after a forgettable 2017 season?
These are a handful of questions New York Giants fans are asking as the team prepares for its 2018 season opener against the Jacksonville Jaguars Sunday afternoon in New Jersey.
Tiki Barber, the franchise's all-time leading rusher, provided some answers, previewing the season and offering an extensive take on national anthem demonstrations in a conversation with ABC News.
Barber will be in Hoboken, New Jersey for the game as a part of DraftKings' and Thuzio's Kickoff Bash event in Hoboken. He will be joined by former Giants running back Brandon Jacobs and former New York Jets' center Nick Mangold.
"The pieces are there. The skill position players are there. They have the requisite to be successful," says Barber, discussing the Giants' preseason roster. He points star receiver Odell Beckham's return from injury and the addition of Saquon Barkley as key factors in an offense that hopes to rebound after a 3-13 season. However, Barber says the Giants offense will only be successful if they can consistently perform. That, he believes, will happen more as the year goes on.
The biggest beneficiary of Beckham and Barkley's presence: quarterback Eli Manning. Barber believes Barkley and Beckham will take pressure off Manning, who has been charged with leading an offense in recent seasons that has ranked near the bottom of the NFL in rushing. With an improved run game, Barber believes Manning’s statistics will also improve.
The discussion with Barber turned from a Giants preview to addressing one of the most impassioned issues the NFL faces: players kneeling during the national anthem.
Barber would never kneel for the national anthem because "of what it [the American flag] meant to me in 2001. And the overwhelming sense of unity that it brought." He references the Giants' first game following the terror attacks on September 11, 2001, an away matchup with the Kansas City Chiefs. The playing of the national anthem during that game "moved me in a way I would never imagine,” and he could not imagine kneeling after that experience.
However, the former NFL star respects athletes' decision to kneel, and takes issue with some people's attitudes discussing the matter. "What I can't stand, and I think it is insulting to the complex history of our country, is to say it's black or white and you're wrong or you're right," says Barber. He hopes to turn the conversation from binary to nuance. Instead of labeling kneeling right or wrong, he wants players to try to accept peoples' reactions and observers to respect and understand those who choose to kneel.
Although Barber expects improvement from his former team, he does not expect the Giants to represent the NFC in the Super Bowl. "I like the Rams out of the NFC," he says, suggesting fans may see a repeat of the 2001 Super Bowl between the Rams and New England Patriots.
With high-profile offseason additions such as Ndamukong Suh and Aqib Talib, as well as extending Aaron Donald's contract, Barber believes the Rams may be the top Super Bowl contender. Conceding the Patriots' roster is not as strong entering this season as it has been in recent years, he warns, "The Patriots always readjust… somehow they always make these guys into stars."
Copyright © 2018, ABC Radio. All rights reserved.