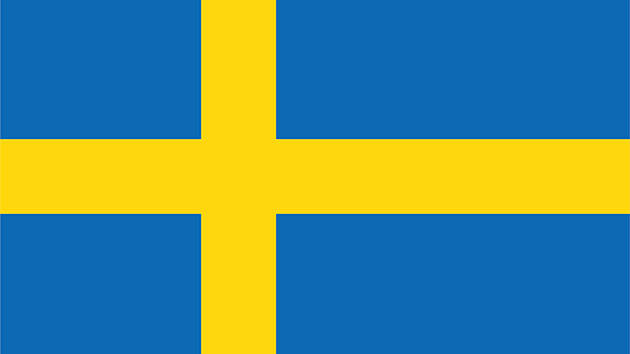 iStock/Thinkstock(STOCKHOLM) — “If Sweden is attacked, resistance is required,” Swedes were warned this year.

A 20-page leaflet, mailed to all households in Sweden and resembling a wartime government communiqué, was, in fact, part of Sweden’s effort to guard against Russian aggression — a growing concern, particularly as Swedes head to the polls for national elections on Sunday.

“Be on the lookout for false information,” the pamphlet warned, in its English translation. “Do not believe in rumours — use more than one reliable source in order to see whether the information is correct.”

Swedish schools, meanwhile, received a package of materials this spring from the Swedish Media Council to educate students on spotting disinformation, aimed at preparing for Sunday’s elections.

Sweden may have reason to worry.

One in three news articles shared with political hashtags in Sweden came from “junk news” sites, according to a recent study from Oxford University. The presence of Twitter bots seeking to influence Swedish politics doubled in August, according to the Swedish Defense Research Agency.

That percentage made it the third largest party in Sweden’s parliamentary system. That was before the 2015 European migration crisis brought large numbers of asylum-seekers to Sweden, which ranks among the top countries in Europe in non-European Union migrants per capita — and the party is expected gain seats this year.

And that was before the 2015 European migration crisis brought large numbers of asylum-seekers to Sweden, which ranks among the top countries in Europe in non-European Union migrants per capita.

Sunday's vote has drawn attention and concern across Europe, as the far-right Sweden Democrats vie for support against the country's leading party, the center-left Social Democrats, and the leading opposition party, the Moderates.

Swedes will elect their representatives to parliament Sunday, which will, in turn, elect a prime minister and form a government.

To combat foreign attempts to exploit division, Sweden has taken on the problem holistically.

“Where foreign influence has been successful, it has been in countries where they have low or no awareness about the threat and their own vulnerabilities to that threat,” Mikael Tofvesson, head of the Swedish Civil Contingencies Agency’s task force for guarding against election interference, told ABC.

“Our perspective here is that we need to have a whole of society approach,” Tofvesson said.

American intelligence agencies publicly accused Russia of interfering in the 2016 election in an attempt to help Donald Trump and harm Clinton, the Democratic nominee.

Russia has denied meddling with the election.

American efforts to counter influence, meanwhile, have been more limited. The Department of Homeland Security has worked with state governments, which manage U.S. elections independently of the federal government, to scan for vulnerabilities and prevent hacks.

The FBI this month launched a web page aimed at countering foreign influence, but the federal government has not undertaken a broad effort to educate the public or coordinate measures to counter disinformation, as opposed to hacking, with public officials.

In Sweden, Tofvesson said he's seen influence attempts there since 2015 — and his agency received a mandate to address political interference in 2016.

Since then, it has trained 10,600 civil servants in spotting foreign influence campaigns, in a series of sessions lasting up to two days. It has conducted similar sessions with political parties and journalists, and it has coupled its counter-influence materials with regular elections-administration training for local officials involved in running Sunday’s vote.

A 24/7 line of communication with social-media companies lets government officials report fake pages or accounts, and the MSB has been in regular contact with Facebook, Twitter, and Google.

So far, Tofvesson said, it has only requested one page be removed — an automated Facebook account purporting to represent a municipality.

This spring, it convened a national conference with about 40 different groups involved in the election, which met again more recently.

A 45-page handbook, disseminated to public-information officers in and outside of government, outlines the types of fake accounts, hacking techniques and social-psychological tricks seen in online disinformation campaigns. It also lays out several ways to counter them, depending on the situation.

It recommends “a robust but measured fact-based response.”

“In some ways, what Sweden is doing is kind of going back to the security policies it had during the Cold War,” said Erik Brattberg, director of the Europe Program and a fellow at the Carnegie Endowment for International Peace. “It’s sort of a broader effort of societal resilience recognizing that the integrity of a democratic system, a political system, is essential for national security.”

A non-NATO member on Russia's periphery, Sweden maintains status as an “enhanced” NATO partner and moved closer to the Western alliance with a 2016 agreement making it easier to host NATO troops for exercises and in crisis scenarios — the kind of expansion of NATO’s influence that has irked Moscow.

Anti-NATO messaging has been a component of online disinformation in Sweden, experts say.

“One [message] is that Sweden is a country in chaos, there are way too many immigrants, crime is going up,” Brattberg said of disinformation narratives, but also that “there’s a lot of disinformation about what kind of presence NATO has in Sweden, that NATO would put nuclear weapons in Sweden” and that problems would arise from NATO troop presence.

Although Sweden's efforts have been ongoing since 2016, Sunday’s elections have brought the government’s purpose into focus. As far as election hacking itself is concerned, Sweden enjoys two advantages touted by many state officials in the U.S.: a decentralized voting system, run by local administrators, that uses paper ballots — a recommendation cybersecurity experts have made for guarding against hackers manipulating vote totals.

“Other countries have digitized the election process, but we have gone the other way,” said Johansson, the Swedish Justice minister. “It might be old fashioned, but it’s very hard to mess with.”