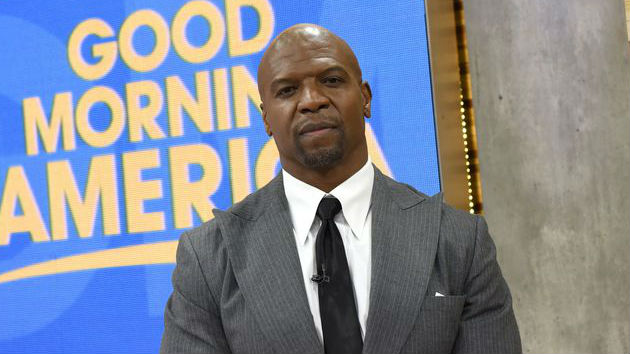 "Terry Crews, Adam Venit and WME have settled the lawsuit Mr. Crews filed last year. It will be dismissed," the agency said in a statement, according to The Hollywood Reporter. No terms were announced. Deadline reports Venit is retiring Monday.

The Brooklyn Nine-Nine star tweeted the word “Accountability” as he posted a link to the news.

Crews named Venit as the person who assaulted him at a party Adam Sandler hosted at Hutchinson's Restaurant in West Hollywood on February 4, 2016.
"Venit, upon his first meeting Crews, viciously grabbed Crews' penis and testicles so hard that it caused Crews immediate pain in a blatant and unprovoked sexual assault," Crews' attorney, Bryan Sullivan, wrote in the complaint.

"Crews smacked Venit's hand away and shoved him back more forcefully than before, screaming 'Hey! What are you doing?!' two or three times, but Venit ignored everything Crews was saying and continued to try to grab Crews' genitals," Sullivan continued. "Crews kept Venit at arm's length and turned to Sandler to get his attention, yelling, 'Adam, come get your boy! He's grabbing my nuts!'"

Crews sued for assault, battery, sexual battery, sexual harassment, gender violence, intentional infliction of emotional distress, breach of fiduciary duty, negligence, and negligent retention and supervision. His suit alleged that he told his agent at the time — another WME employee, Brad Slater — of the incident but that the company took no action. Crews eventually fired his agent and left the agency in November 2017.

The actor, who appeared this year in the hit Deadpool 2, is set to star in the upcoming drama John Henry featuring Ludacris.