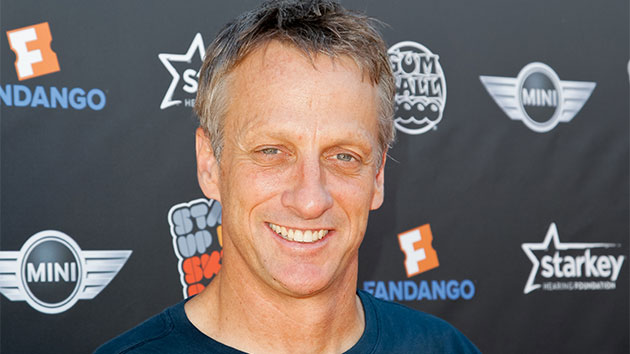 Tibrina Hobson/Getty Images(NEW YORK) — Tony Hawk is a pioneer and legend in the world of skateboarding, but he's also a son and a human being.

Hawk, 50, opened up on Thursday about his mother Nancy, who is living with Alzheimer’s disease.

The disease, which slowly and irreversibly destroys memory and thinking skills, doesn't just affect the person diagnosed with it — it also affects their family, who loves and cherishes them. Hawk is no different.

"I visited my mom today. She has 93 years of life behind her, but the last 10 have been increasingly corrupted by Alzheimer’s and dementia," he began in his post on Instagram. "She was a secretary at a high school when I was young, later becoming a business teacher at a local college and eventually earning her doctorate in business education."

Next, Hawk remembered something that was very personal and specific to him and his mother.

"She used to type so much that whenever we had a quiet moment together (usually in front of the TV), she would hold my hand and I could feel her fingers pulsating with keyboard strokes," he explained. "In other words, she was subconsciously dictating her thoughts and experiences through phantom keyboards in real-time."

He continued, "She was strong, vivacious, quick-witted, edgy and ultra-supportive in those days. When I see her now, she doesn’t recognize me. Sometimes there is a slight glimmer in her eye, sometimes she babbles incoherently, and sometimes she uncontrollably bursts into tears."

But after this most recent visit, where the two mostly just sat together quietly, something magical and inspiring happened.

"I noticed her fingers twitching," he said. "I’m not sure for how long; maybe they’d been moving the whole time and I wasn’t paying attention. As I watched, I was reminded of her habit of typing unconsciously throughout my life. And even though it may have only been her body [yet again] betraying her, it gave me comfort knowing that perhaps she is still in there somewhere typing away about her life, her experiences, her feelings, and our current conversation."

He closed by adding that most of his visits end in sadness, "but today I left with a sense of hope. I like to think of my mom air-typing 'f— Alzheimer's' as I walked away. #endalz."