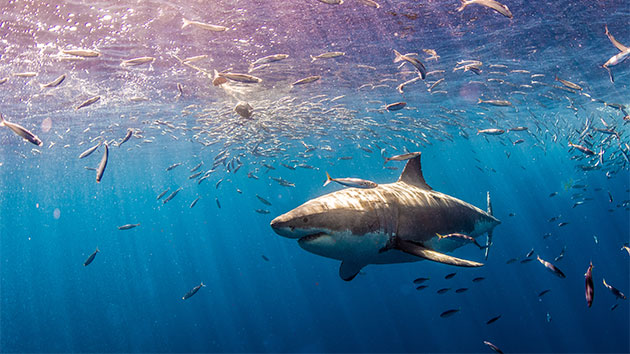 iStock/Thinkstock(NEW YORK) — A surfer was seriously injured after being apparently bitten by a shark off a Florida beach, authorities said Friday.

The unidentified man, who is in his mid-60s, was in the waters off Fort Pierce Inlet State Park when he was bitten in the leg, St. Lucie County Fire District spokeswoman Brenda Stokes told ABC News.

Fire crews received the call at about 9.30 am and took him to a local hospital.

The bite was believed to be that of a shark based on the size of the wound, Erick Gill, a spokesman for St Lucie County, said.

"Our lifeguards said it was a pretty significant-sized bite below the knee to the ankle in the calf area," he said.

Gill said the county's lifeguards, who have a tower about a mile from where the man was surfing, have observed large schools of bait being chased by larger predators, including blacktip sharks — although it is unclear what kind of shark may have bitten the man.

The St. Lucie County does not manage the beach, which is part of the Florida State Park System.