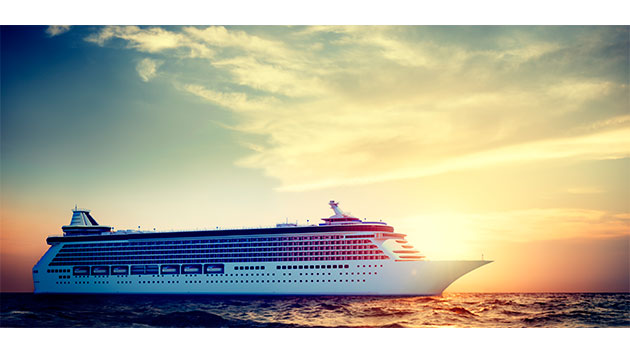 iStock/Thinkstock(NEW YORK) — A Topeka, Kansas, man was arrested this week for allegedly killing his girlfriend on a cruise ship in January, prosecutors said.

Eric Newman was on the Carnival Elation ship on a four-day cruise to the Bahamas when he allegedly killed 50-year-old Tamara Tucker on Jan. 19, the Justice Department said in a news release Thursday.

Tucker fell from her "balcony to several decks below early on the morning of Jan. 19," Carnival said in a statement the day after her death. "The ship’s medical team responded immediately, but, unfortunately, she passed away."

The ship had left Jacksonville, Florida, the day before.

"The incident was reported to all proper authorities and CARE Team support was offered to fellow travelers and her family," Carnival said. "Our thoughts and prayers are with the deceased and her family."

Carnival spokesman Vance Gulliksen added to ABC News on Friday, "We continue to cooperate fully with law enforcement authorities, but this is now a matter for federal prosecutors."

Tucker's obituary had described Newman, 53, as her "partner and longtime love," The Kansas City Star reported.

Jim Cross, spokesman for the Department of Justice in Kansas, identified Tucker as Newman's girlfriend but declined to comment further on the case.

Tucker, of Lawson, Missouri, was a professor of social work at Park University in Missouri, The Kansas City Star said. She is survived by a son, her obituary said, according to the newspaper.

Newman is charged with second-degree murder. He made his initial court appearance on Thursday, prosecutors said, and his detention hearing is set for Sept. 12.