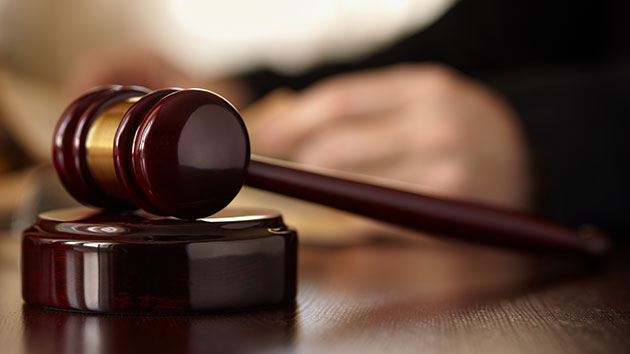 iStock/Thinkstock(WASHINGTON) — George Papadopoulos — the novice, unpaid foreign policy adviser to Donald Trump who rose to prominence when he became the first former campaign adviser arrested as part of special counsel Robert Mueller’s Russian-influence probe — is scheduled to be sentenced Friday in Washington.
Papadopoulos pleaded guilty in October to making false statements to FBI agents about his correspondence with Russian nationals, and attempts to arrange a meeting between the campaign and Russian officials. He faces up to six months in prison.
“Mr. Papadopoulos’s offense was unquestionably serious as he made materially false statements to FBI agents investigating the Russian government’s efforts to interfere in the 2016 presidential election,” his lawyer wrote to the judge last week in asking for leniency.
“He lied during the course of an investigation that raised serious national security concerns,” attorney Robert W. Stanley wrote. “For that, Mr. Papadopoulos is ashamed and remorseful.”
As the first former Trump adviser to agree to cooperate with the special counsel investigation into Russian meddling in the 2016 election, Papadopoulos has sought probation. But prosecutors have been less forgiving, telling U.S. District Court Judge Randolph D. Moss that the young foreign policy and energy expert continued to mislead them even after they had reached a cooperation agreement.
“The sentence imposed here should reflect the fact that lying to federal investigators has real consequences, especially where the defendant lied to investigators about critical facts, in an investigation of national importance, after having been explicitly warned that lying to the FBI was a federal offense,” prosecutors wrote. “The nature and circumstances of the offense warrant a sentence of incarceration.”
Papadopoulos remains a central figure in the probe into Russian meddling because he is believed to be the first Trump campaign adviser to be contacted by someone believed to be tied to the Russian government and told of hacked emails tied to Hillary Clinton’s campaign — information shared in April 2016, well before any pilfered material was published.
“The early date of this contact is significant: Even the Clinton campaign was not yet aware that Russia possessed their stolen emails,” Democrats on the House Intelligence Committee wrote in a status report about their investigation.
How his cooperation influenced the direction and tenor of the Mueller probe, however, remains unclear. Prosecutors conducted four lengthy proffer sessions with him, according to court records.
According to his court filings, the interviews included discussion of his interactions with a mysterious Maltese professor, Joseph Mifsud, who was believed to have ties to the Russian government, and his fleeting friendship with a Belarussian-born businessman who was making contact with numerous people in Trump’s orbit. Both men have since gone silent.
In their sentencing memo to the judge released last Friday, lawyers for Papadopoulos also claimed the future president "nodded with approval" when, at a March 2016 meeting that included then-campaign adviser Jeff Sessions, Papadopoulos offered to arrange a get-together with Russian President Vladimir Putin.
Trump has said previously that he does not recall much of what was said during the "very unimportant" campaign meeting.
"Eager to show his value to the campaign, George announced at the meeting that he had connections that could facilitate a foreign policy meeting between Mr. Trump and Russian President Vladimir Putin," the sentencing memo states. "While some in the room rebuffed George’s offer, Mr. Trump nodded with approval and deferred to Mr. Sessions, who appeared to like the idea and stated that the campaign should look into it."
In the months since his guilty plea, Papadopoulos has been represented in public by his wife, Simona Mangiante Papadopoulos.
As her husband’s sentencing has approached, Mangiante Papadopoulos has spoken out repeatedly about her belief that her husband was in some way set up by the government. For several weeks, she maintained that her husband was reconsidering his guilty plea. But she said he ultimately decided to accept his fate with the court.
“George will take responsibility for some inaccuracies during the interview with the FBI,” she said in a statement to ABC News on Wednesday. She said she hopes “the judge will take into account” his lingering concerns about the conduct of the government “in order to assess George’s role in this investigation from an objective point of view.”
“And, yes,” she added, “definitely decide for zero jail time.”
Copyright © 2018, ABC Radio. All rights reserved.