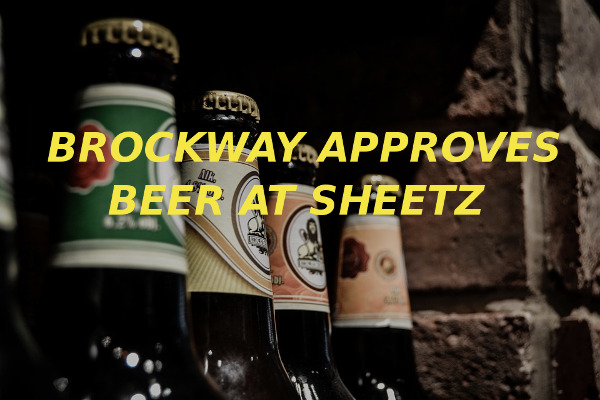 The Brockway Borough Council had a lot of visitors during its regular meeting Thursday.

Brockway held a public hearing about the possibility of Sheetz transferring a liquor license from Punxsutawney to the location in Brockway.

Sheetz Representative Mark Kozar made it clear that Sheetz did not want to become a bar, but wanted to sell six-packs to go with its MTOs.  He also explained that all alcohol sales at Sheetz are handled through two dedicated registers and the staff will be trained how to make sure that every sale is safe and legal.

The council agreed that Sheetz should proceed with the transfer.

Another area that the public had a chance to comment on was the ongoing proposal to redesign the intersection near Sheetz, The Rocky Grill, and Brockway Drug.

Business owners were concerned about the designs they had seen, which came from a mock-up of a potential design used simply to give a general idea of the scope of the project.  Finding an engineer and settling on a design could take two years.

The council also received a letter from Senator Joe Scarnati’s office about moving forward with the grant for the project, but felt that there were too many questions to give him an answer right now.  The council is sending a letter to Scarnati to address these concerns.

Council President Chris “Smoke” Benson spoke on the importance of the community turning out for these meetings.

PHOTO: A mock-up of what could be a new design for the 219 intersection in Brockway.  This is not an official design and was simply created to give a general idea of the scope of the project.