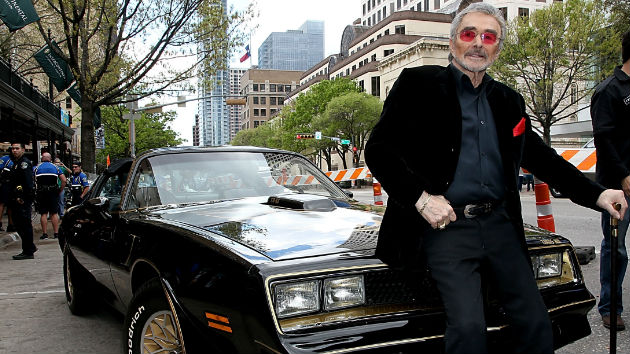 Photo by Gary Miller/Getty Images(NEW YORK) — In his song "Cadillac Ranch," Bruce Springsteen name-checked "Burt Reynolds in that black Trans Am," because the late actor made the car popular in his hit Smokey and the Bandit films. Now, that car will be part of a tribute to Reynolds later this month.

A group of car enthusiasts in Westbury, New York have announced plans to stage a 100-car parade of replica "Bandit" Pontiac Trans Ams in honor of Reynolds. The parade of black, eagle-decorated vehicles — complete with drivers dressed like Reynolds' "Bandit" character — is being billed as the largest such tribute to the actor, who passed away Thursday at the age of 82.

The Bandit parade will take place September 29 as part of the Motor Mania car show, which runs from September 28 to 29.

‘Pharmacy deserts’ are new front in the race to vaccinate for COVID-19
A year of COVID-19: What was going on in the US in March 2020
Biden’s first 100 days live updates: Biden to make final push for COVID relief as Senate debates bill
Kelly Marie Tran on recording ‘Raya and the Last Dragon’ from home, and the movie’s “delicious” melting pot
What to know about traveling this summer amid the pandemic
After he was called slur on the court, Jeremy Lin highlights surge in anti-Asian hate