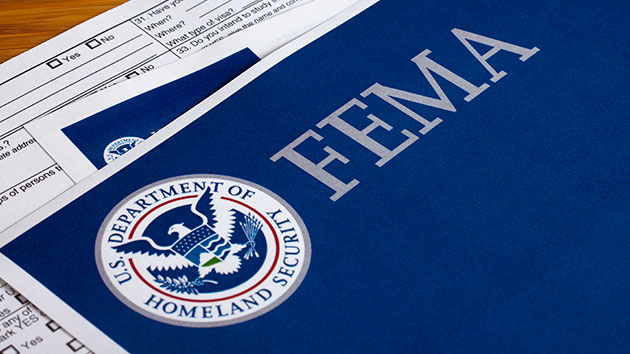 iStock/Thinkstock(WASHINGTON) — Top government officials are scheduled to testify before Congress Thursday on the federal response to a series of devastating hurricanes in 2017, giving Democrats an opportunity to publicly scrutinize the Trump administration’s actions and accuse Republicans of failing to conduct oversight.
Federal Emergency Management Agency Administrator Brock Long is among the officials invited to testify before the House Oversight Committee, in a hearing to review the government’s response to hurricanes Harvey, Irma and Maria in Puerto Rico, Florida, Texas and the U.S. Virgin Islands.
In a letter to the committee Wednesday, Long said he would be unable to attend the hearing, citing that the proceedings had been postponed multiple times and it is now the height of hurricane season. FEMA did not respond to a request for comment on the hearing.
The Puerto Rican government recently raised the death toll from Hurricane Maria to 2,975 from 64, following the release of a report on the death toll from independent researchers contracted by the government.
Despite the increased death toll, Donald Trump last week said the federal government did a "fantastic job" in Puerto Rico after Hurricane Maria, and that "most of the people of Puerto Rico really appreciate what we've done."
The Government Accountability Office, a federal watchdog, released a report on Tuesday detailing FEMA's struggles to respond to the hurricanes, concluding that the overstretched agency faced challenges that slowed its efforts to respond to Hurricane Maria.
Committee Democrats have pushed Republicans to conduct more rigorous oversight of the Trump administration, accusing Chairman Trey Gowdy and the GOP majority in a new report of working to "insulate President Trump and his aides from scrutiny" about the White House response to the hurricanes.
The report compares the committee's review of the government's hurricane response to the investigation conducted by former GOP Committee Chairman Tom Davis into the Bush administration's actions after Hurricane Katrina.
Davis' five-month probe, Democrats said, produced hundreds of thousands of pages of documents from across the White House and administration, and a 569-page report faulting the Bush administration, state officials and private contractors.
"More than a decade later, the Oversight Committee's investigation of the Trump administration's response to the hurricanes in Puerto Rico and the U.S. Virgin Islands not only ignored these lessons from the past, but added a new failure of its own — a failure of oversight," Democrats wrote in their report.
The panel, in its review of the 2017 response, has been in contact with FEMA on a "near-weekly" basis and has reviewed more than 16,500 pages of documents from various government agencies.
The committee also has conducted field hearings and staff trips to survey response efforts in Puerto Rico, Texas and the U.S. Virgin Islands; and held briefings with government officials and requested documents from the Department of Homeland Security, the Pentagon and the Department of Health and Human Services.
Copyright © 2018, ABC Radio. All rights reserved.

Texas governor on ending mask order: ‘We no longer need government running our lives’
Grand jury in Georgia expected to convene in probe of Trump’s efforts to overturn election
Lori Loughlin spotted in public for the first time since prison release
Lawmakers grill officials on Jan. 6 timeline for deploying National Guard to Capitol
Cuomo issues public apology in wake of scandal: ‘I never meant to offend anyone’
Gov. Cuomo faces calls to resign from lawmakers after third woman comes forward