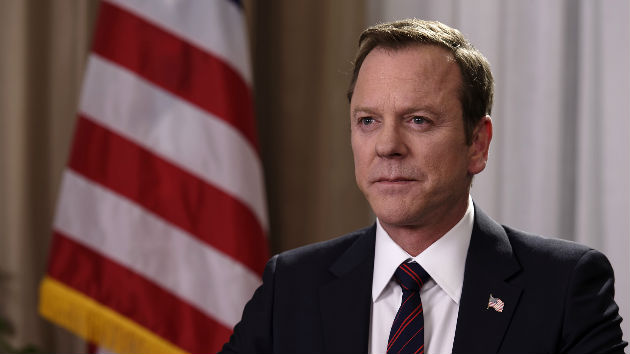 ABC/Ben Mark Holzberg(LOS ANGELES) — Designated Survivor is officially moving from ABC to Netflix for a 10-episode third season, ABC News has confirmed. The new season will reportedly find Kiefer Sutherland's President Kirkman experiencing his first election campaign — and the dirty politics that go with it. According to the subscription service, "This season will explore today's world of campaigning, smear tactics, debates, campaign finance and 'fake news.' Democracy, as we know it, will hang in the balance."

In a statement, Sutherland noted, "I am thrilled to have the opportunity to play President Kirkman for season 3 of 'Designated Survivor' with Netflix…I believe this format will allow us to continue to delve deeply into storylines and issues concerning the American electorate that were not previously possible."

Executive Producer Mark Gordon added, "The continuation of the show via Netflix is a win-win for all involved. The story of President Kirkman and those around him has not been fully told and we look forward to working with our new partner in continuing the show for a global audience."
Season 3 will go into production later this year and launch in 2019; in the meantime, seasons 1 and 2 of Designated Survivor will come exclusively to Netflix in the U.S. and Canada this fall.

A premiere date for the new season has yet to be announced.