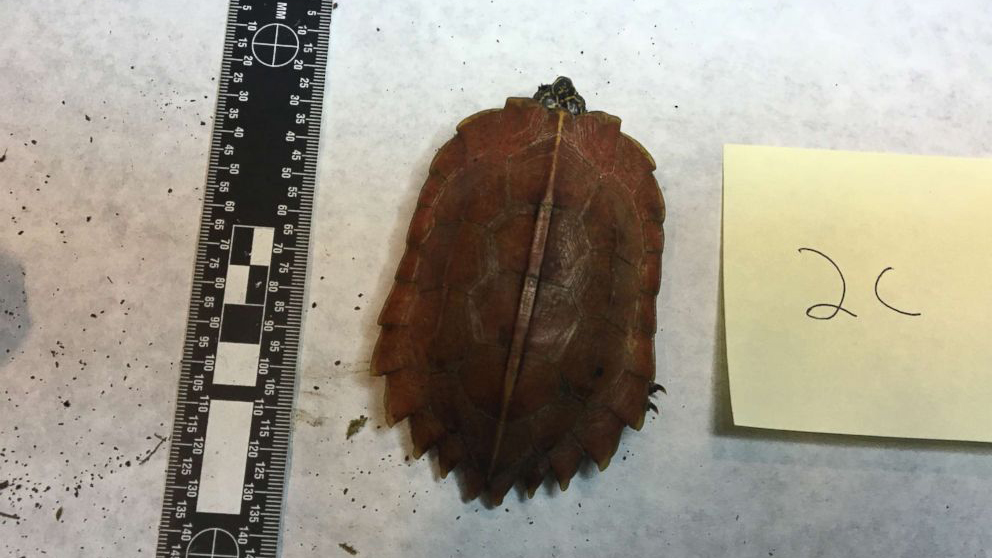 U.S. Attorneys Office(CHARLESTON, S.C.) — Four men pleaded guilty in federal court in South Carolina to taking part in an international wildlife smuggling between the U.S. and China, authorities said.
Matthew Harrison Kail, 30; Joseph Logan Brooks, 29; and Matthew Tyler Fischer, 25; face up to five years in prison and fines of up to $250,000 after pleading guilty to conspiracy to smuggle wildlife. William Martin Fischer, 48, who is Matthew Fischer's father, faces up to one year imprisonment and a fine of up to $10,000 after his guilty plea to wildlife trafficking, according to Assistant U.S. Attorney Winston Holliday of the South Carolina U.S. Attorney's office.
Their pleas came after the accused ringleader, Steven Verren Baker, 38, pleaded guilty in June to wildlife conspiracy and agreed to assist prosecutors in the case.
Holliday said traders in the United States and China exchanged endangered turtles — protected under international agreements — secreted in socks or hidden in candy wrappers labeled as snacks.
“Typically, about two to three turtles in a tube sock. One would be dropped in with some moss and a little food, then a knot was tied in the sock,” Holliday told ABC News via email. “Another turtle was then dropped in with moss and food, then another knot, and so on.”
“They were shipped in boxes labeled as 'snacks,' then packed along with candy to obscure the turtles going through x-ray machines.”
The South Carolina U.S. Attorney's office said the transactions were set up through Facebook's text messaging system and that several of the shipments were intercepted at JFK Airport in New York.
Some of the protected turtles being smuggled included Asian (Chinese) Soft Shell turtles, Reeves' turtles, Indian Roofed turtles, South American River turtles and Big Headed Turtles, officials said.
Attorneys William Duncan and Deborah Barbier confirmed that their clients, Matthew Fischer and Joseph Brooks respectively, pleaded guilty.
Attorneys for Rogers and Martin Fischer did not immediately respond to ABC’s request for comment; Kail’s attorney, John Dennis Delgado, declined to comment.