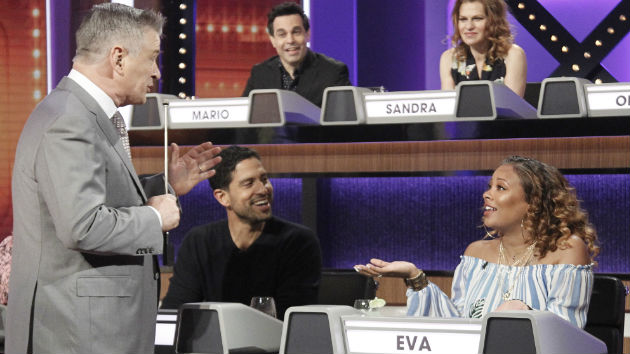 The show, hosted by Alec Baldwin, is a reboot of the 1960s game show of the same name that aired in various forms off and on through the late 1990s. Marcille admits she's been a longtime watcher of the series.

"[I] Was totally a fan growing up," Marcille tells ABC Radio. "Obviously, the original Match Game came out in the 60s and I wasn't born until the 80s. So thank God for networks that allow you to see old-school games. And so I was definitely familiar with the show. [And a] super-big fan of Alec Baldwin."

Although Marcille admits she was "so happy and excited" to be one of the celebrity panelist of the show, she says she also came on the show with a distinct mission.

"My strategy was to not lose," she says. "And, I did not do too great. You know, I got the swing of it because it's not just the answer: It's you have to consider the answer that that particular contestant would say. So it's not like just the first thing that comes out of top of your head."

Eva laughs and says that figuring it all out took her a bit longer than she would had hoped: "So, I didn't really figure out my strategy until the game was over."