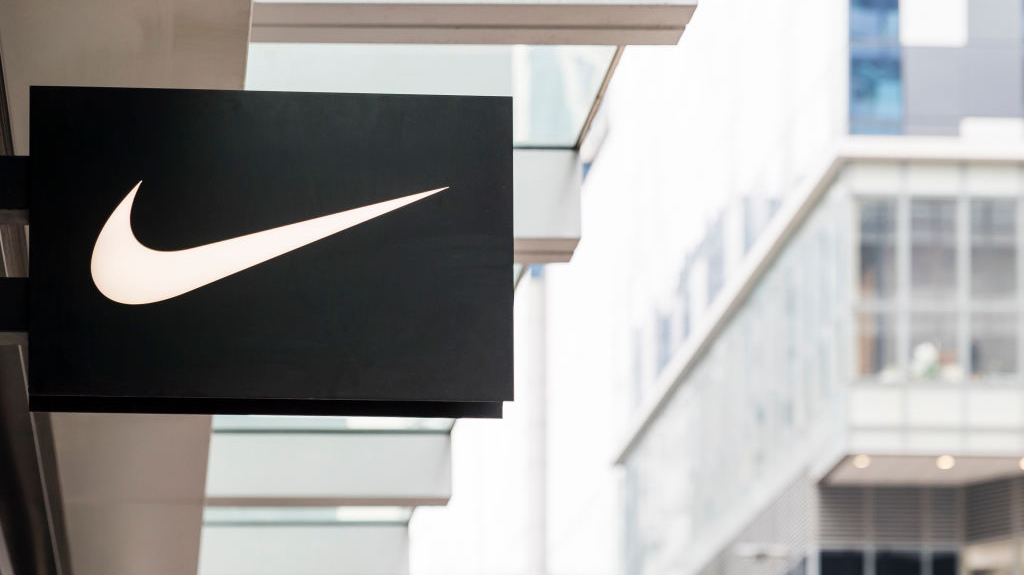 Yu Chun Christopher Wong/S3studio/Getty Images(POINT LOOKOUT, Mo.) — The College of the Ozarks, a private Christian school in Point Lookout, Missouri, has announced plans to strip all student-athletes of Nike branding in response to the sportswear company’s controversial 30th anniversary “Just Do It” ad campaign, which features former San Francisco 49ers quarterback Colin Kaepernick.
“In their new ad campaign, we believe Nike executives are promoting an attitude of division and disrespect toward America,” College of the Ozarks President Jerry C. Davis said in a statement on Wednesday, according to ABC News affiliate KMBC.
The college said it will “choose its country over company,” and remove all athletic uniforms that were bought from Nike as well as any clothing containing its emblems.
“If Nike is ashamed of America, we are ashamed of them,” the statement continued. “We also believe that those who know what sacrifice is all about are more likely to be wearing a military uniform than an athletic uniform.”
Kaepernick was the first athlete to kneel during the “Star Spangled Banner,” which is played before NFL games, in protest of police brutality against black people and people of color. He hasn’t played in an NFL game since 2016. Several other professional athletes in the NFL and elsewhere have knelt during the national anthem in solidarity since then, sparking intense political debate across the country.
The College of the Ozarks has made its stance on the issue clear since at least October 2017, when it revised its contracts for competitions in all sports, adding a stipulation that all players and coaches show respect for the American flag and national anthem, according to the publication Ozarks Sports Zone.
The Nike ad is scheduled to air during Thursday’s regular season NFL kickoff game between the Atlanta Falcons and Philadelphia Eagles. Kaepernick tweeted a preview for the ad on Monday, featuring his face overlaid by a slogan: “Believe in something. Even if it means sacrificing everything.” On Wednesday, he tweeted the full commercial.
Kaepernick’s initial tweet prompted many people on the internet to threaten to boycott Nike, as well as throw away or burn any Nike apparel they owned. Similar to College of the Ozarks, one man claimed that Nike was forcing him to choose between his “favorite shoes” and his country.
Others predicted that Nike’s strategy would backfire.
“Nike’s campaign will generate both attention and discussion, which is, arguably, one of its central aims,” Neil Saunders, managing director of data and analytics firm Global Data, previously told ABC News. “However, it is also a risky strategy in that it addresses, and appears to take sides on, a highly politicized issue. This means it could ultimately alienate and lose customers, which is not the purpose of a marketing campaign.”
The company, however, has already benefited from the uproar that the Kaepernick ad has created. In less than 24 hours after first releasing the ad on Twitter, the company received over $43 million worth of media exposure, Bloomberg reported.
NFL executive vice president of communications and public affairs Jocelyn Moore said in a statement on Tuesday, "The National Football League believes in dialogue, understanding and unity. We embrace the role and responsibility of everyone involved with this game to promote meaningful, positive change in our communities. The social justice issues that Colin and other professional athletes have raised deserve our attention and action."