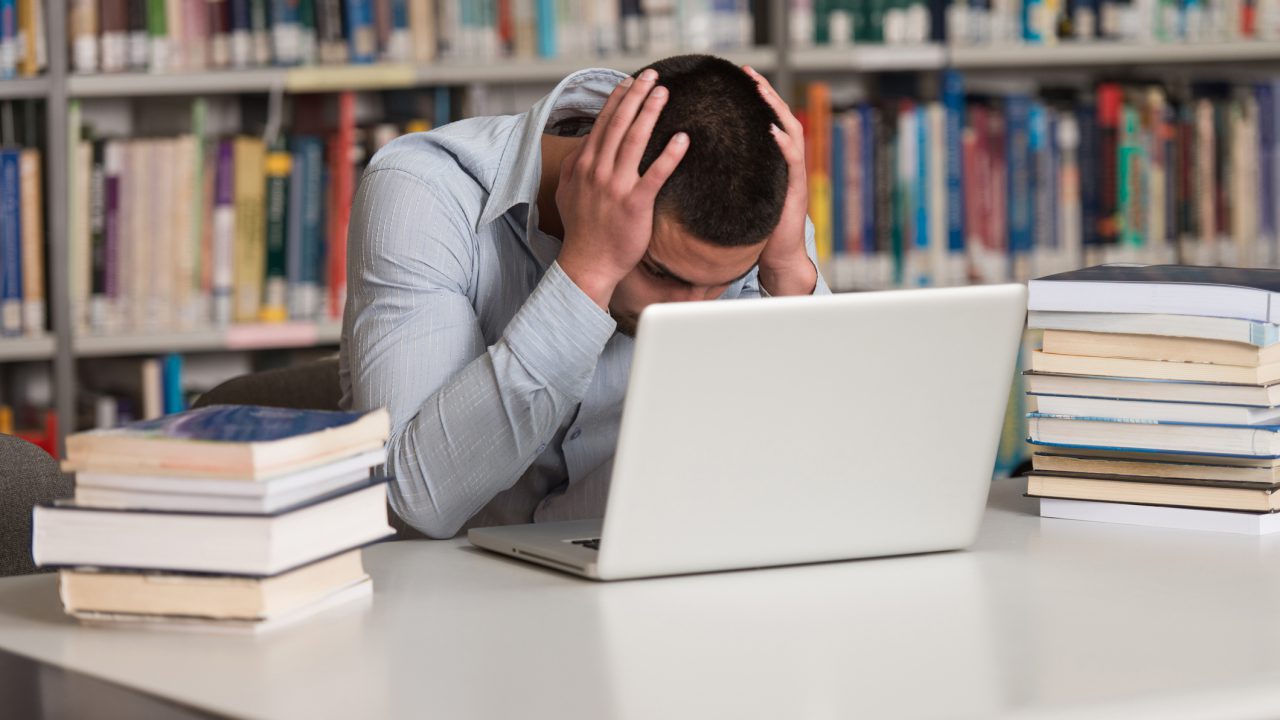 iStock/ThinkstockBY: DR. ITALO BROWN
(NEW YORK) — Sending a child off to college is an immense accomplishment for parents, who can finally breathe a sigh of relief. But teens on campus find a vastly different view of what a college environment is like, including its demands and challenges. A new study supports this, finding that students are much more stressed than parents, or anyone else, might realize.
The study, published in the medical journal Depression and Anxiety, found that mounting expectations, an evolving sense of self-identity, and the typical shock of leaving home for a new place are making college students more vulnerable to mental health risks, including suicidality.
Anxiety and depression rates have been rising, according to the study, which found three out of every four college students reporting at least one stressful life event within the past year — involving everything from social relationships to personal appearance to problems with family. Twenty percent said they experienced greater than five stressful life events within that same time frame.
“College is very stressful in an alarming way. That’s important for parents to be aware of,” lead author of the study Cindy Liu, PhD, a psychologist at Brigham and Women’s Hospital, told ABC News.
Liu conducted the study by surveying over 67,000 college students from over 100 college campuses about their stress, anxiety and depression. They were also asked directly if they’d had suicidal thoughts or made attempts to harm themselves. One in five students said they had thought of suicide, while about one in 10 actually attempted it. Each of those statistics is more than double the national average for adults.
“Even if you have a student who is doing well in school, it doesn’t mean they aren’t dealing with something internally,” Liu said. “You have to peel back more layers. That is the real struggle for parents and colleges — identifying those students who are quietly enduring a significant mental health experience.”
The survey asked about 15 different types of mental health issues, ranging from anorexia to anxiety and panic attacks to addiction. Liu also highlighted one particularly nuanced strength of the study: it pinned down conflicts with self-identity. For example, those who identified as a sexual minority tended to have the highest rates of mental health diagnoses. Gay, lesbian, and bisexual students reported thoughts or actions related to killing themselves two to three times more often than heterosexual students. Transgender students, meanwhile, were among the highest in reported mental health diagnoses and suicidality.
Black and Hispanic students reported mental health diagnoses and self-harm at lower rates than whites; however, multiracial students were more likely to admit thoughts of suicide or previous attempts. These numbers are striking, but in reality, they could actually be worse than the study indicates, since stigmas surrounding sexual identity and mental health may have caused students to underreport their problems.
The findings add gravity to the well-known relationship between trauma, mental health, and suicide, and indicate that college, for some, is far from a carefree environment. It’s important that colleges and students realize the stress is real, and that they make adequate college-based mental health resources available.
For parents of college-bound students, these statistics are unsettling. They may indicate a greater need to pay attention to the mental health experiences of college students, especially when it comes to self-identity.
“Try to normalize the college experience and the stressors involved,” Liu said. “It is critical to think about their identity, and how that matters to their complete mental health experience.”
Dr. Italo M. Brown is an Emergency Medicine Physician and writer with the ABC News Medical Unit.