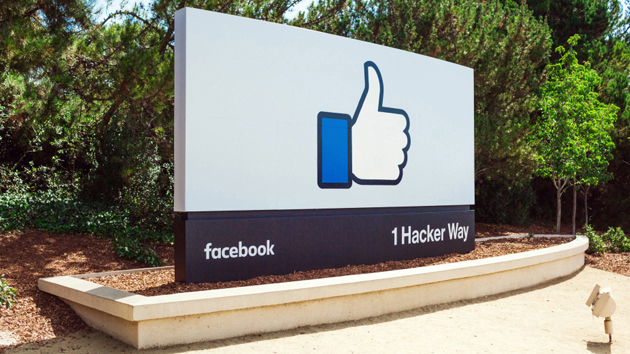 Facebook(NEW YORK) — Over half of adult U.S. Facebook users have changed the way they use the social media platform within the past year, according to a new study from the Pew Research Center. The survey was conducted following reports of election meddling and privacy breaches on the site.
Twenty-six percent of surveyed adults over the age of 18 have deleted the app from their phones, 42 percent have taken a break for at least several weeks, and 54 percent have adjusted their privacy settings in the past 12 months, according to the study, released Wednesday. The survey targeted users ages 18 and over, and was conducted from May 29 to June 11, after news that political consulting firm Cambridge Analytica had collected data from tens of millions of Facebook users before the 2016 presidential election.
The Pew survey was released as Facebook’s COO Sheryl Sandberg and Twitter CEO Jack Dorsey testified at a congressional hearing on Wednesday about foreign influence via social media platforms and cybersecurity.
The Pew survey found that nearly identical numbers of Democrats and Republicans are changing the way that they use Facebook. "Republicans are no more likely than Democrats to have taken a break from Facebook or deleted the app from their phone in the past year," the survey report said.
Pew found that the biggest difference in how users treated Facebook came down to age. About 44 percent of users ages 18 to 29 reported that they have deleted the Facebook app from their phones within the last year, compared to 12 percent of users ages 65 and older. In addition, only a third of Facebook users 65 and older adjusted their privacy settings, compared to 64 percent of younger users.

How much black licorice is too much and why a sweetening compound can be bad for adults
Illinois Facebook users tagged in photos can now submit claims as part of $650 million settlement
Facebook hit with lawsuit over Kenosha protest deaths
Dining at restaurants linked with increased COVID-19 transmission: CDC study
Facebook to ban new political ads before Election Day to ‘fight misinformation’
Depression rates tripled during the pandemic: Study