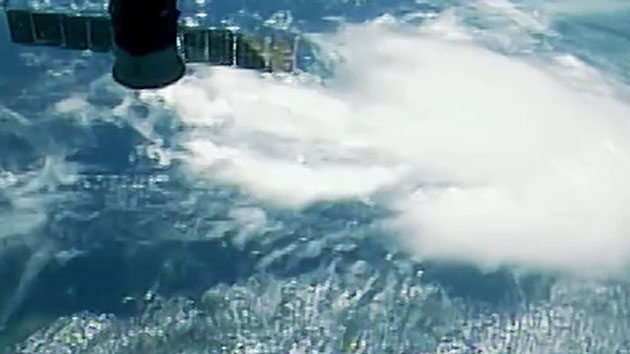 ABC News(MOBILE, Ala.) — Tropical Storm Gordon came ashore just west of the Alabama-Mississippi border late Tuesday bringing gusts over 75 mph and half a foot of rain to Pensacola, Florida. The storm also claimed the life of a child in Pensacola when strong winds toppled a tree on his family's mobile home.
As of 4 a.m. local time, over 40,000 customers were without power in Alabama, Mississippi and Florida — about 21,000 of which were in Alabama.
Officially, Gordon made landfall Tuesday at 10:15 p.m. local time as a tropical storm with winds of 70 mph. It never became a hurricane, as it was just 4 mph short of reaching the classification.
Gordon is weakening even more Wednesday morning and is a low-end tropical storm with maximum sustained winds of 40 mph.
A tornado threat and flash flooding will continue for the central and eastern Gulf Coast states of Mississippi, Alabama and Florida through the morning.
Moving forward, Gordon will continue to weaken and become a tropical depression later Wednesday morning and then just a remnant low as it moves into the Mississippi River Valley Thursday.
Even though Gordon is weakening, it is also slowing down and will produce a lot of rain in the central U.S.
As Gordon’s remnants move north and hit a slow-moving cold front, the storm will come to a crawl and dump more than a half a foot of rain on the Midwest.
Because of the forecast for all of that rain, flood watches have been issued from the Gulf Coast all the way to Upper Peninsula of Michigan.
Some areas in the upper Mississippi Valley had more than 15 inches of rain in the last week and all of the new rain will be running into the major rivers as well.
An additional 6 inches or more of rain could produce significant flooding on the Mississippi River and its tributaries as we go into the end of the week and into the weekend.