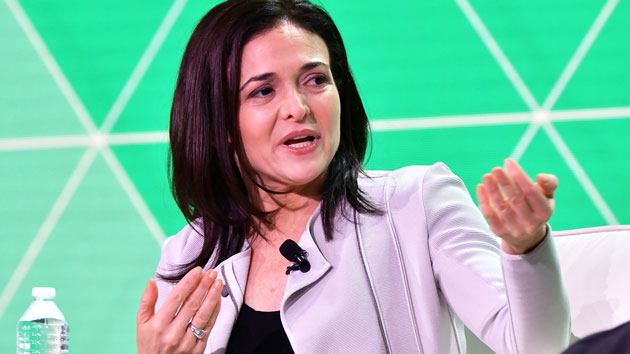 Paul Marotta/Getty Images(WASHINGTON) — Top executives from social media behemoths Facebook and Twitter are set to testify Wednesday before lawmakers about the ongoing threat of foreign influence operations on their platforms, as the shadow of possible Russian interference looms over the 2018 midterm elections.
Facebook Chief Operating Officer Sheryl Sandberg and Twitter Chief Executive Officer Jack Dorsey are expected to answer questions from the Senate Intelligence Committee starting at 9:30 a.m. The committee wanted Larry Page, the Chief Executive Officer of Google’s parent company Alphabet, to testify as well, but the company insisted on sending a lower-level official, drawing the lawmakers’ ire. Instead, a spokesperson for the committee said they may just leave a chair empty next to Sandberg and Dorsey.
The hearing comes after Dan Coats, the Director of National Intelligence, said last month that Russia has continued to attempt the kinds of online influence operations it allegedly ran on the social platforms to spread false information and sow divisiveness ahead of the 2016 U.S. presidential election.
Over the last year, Facebook and Twitter have each launched public campaigns (and some not so public) to fight back against "inauthentic" accounts believed to be linked not only to Russia, but to other malicious actors like Iran.
In prepared testimony released by Facebook Tuesday, Sandberg said that Facebook was "too slow to spot" Russia’s purported influence operation and "too slow to act."
"That’s on us," she wrote. "This interference was completely unacceptable. It violated the values of our company and of the country we love."
Facebook, she said, is "investing heavily in people and technology to keep our community safe and keep our service secure," including doubling the number of people working on safety and security issues to 20,000. Sandberg said the company is making changes to its advertisement system, letting users know who paid for what, and is working to more efficiently identify false information.
Sandberg could also face questions related to concerns over Facebook users' privacy. Earlier this year Facebook founder and CEO Mark Zuckerberg testified before lawmakers in part to explain how the personal information of tens of millions of Facebook users ended up in the hands of the U.K.-based data firm Cambridge Analytica.
Though no Google representative is expected to testify as of this report, in a blog post Tuesday Google Senior Vice President for Global Affairs and Chief Legal Officer Kent Walker said he would still be in Washington to separately brief lawmakers on Google’s efforts and will be submitting written testimony to the Senate committee. "We believe that we have a responsibility to prevent the misuse of our platforms and we take that very seriously," said Walker, who has previously testified before the committee and was the official Google hoped to send again.
A spokesperson for Twitter declined to comment, but in past hearings Twitter officials have affirmed the gravity of the situation.
"We are troubled by reports that the power of Twitter was misused by a foreign actor for the purpose of influencing the U.S. presidential election and undermining public faith in the democratic process," Twitter General Counsel Sean Edgett told the committee November 2017. "The abuse of our platform to attempt state-sponsored manipulation of elections is a new challenge for us and one we are determined to meet."
Earlier this year the company said it was taking aggressive measures to combat inauthentic accounts.
Dorsey will follow the Senate hearing with another hearing that could be politically more contentious – an appearance before the House Energy and Commerce Committee that will specifically address Twitter’s "algorithms and content moderation." Twitter has been accused by some of suppressing conservative voices on the platform — which the company denied in July.
In prepared remarks released Tuesday by the Energy and Commerce Committee, Dorsey said his company "does not use political ideology to make any decisions, whether related to ranking content on our service or how we enforce our rules."
"We believe strongly in being impartial, and we strive to enforce our rules impartially," he said.
Both hearings will also give lawmakers their latest chance to show their own mastery of the technological material and brush off some criticism that followed the April hearing with Zuckerberg in which some Senators didn’t seem to understand some basics about the social network.
Laura Rosenberger, the Director of the Alliance for Securing Democracy at the German Marshall Fund, told ABC News that likely won’t be a problem for the Senate Intelligence Committee, as that committee in particular has been "steeped in understanding the challenges posed by foreign interference." Rosenberger, who testified before the same committee on foreign influence on social media last month, said she has "every expectation that [the hearing] will be serious from the lawmakers’ side."
"What I hope to see from the two executives who are appearing before the committee is a similar seriousness and transparency and a focus on recognizing that while they may have taken steps, this is an ongoing problem and much remains to be done," Rosenberger said.
Copyright © 2018, ABC Radio. All rights reserved.