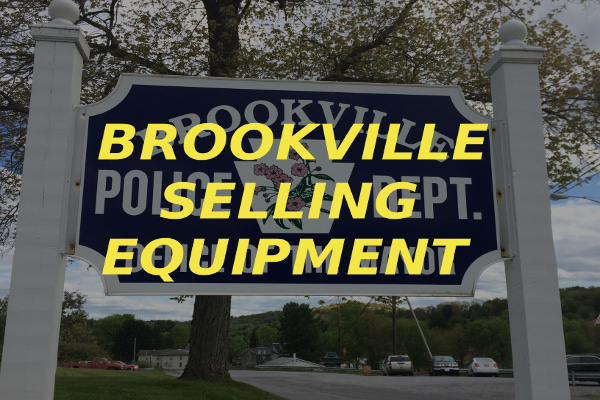 Brookville Borough will accept sealed bids on the above items until 4:30pm on Tuesday, September 18, 2018. Bids will be opened publically at the Council meeting on Tuesday, September 18, 2018 at 7:00pm. Bids should be clearly marked with the item of bid, bidder’s name, bidder’s phone number, and amount being bid. If you wish to view an item or items prior to bidding, please call 814-849-3769 to set up a time at the Borough Maintenance Building. Bids should be submitted to the Borough Complex at 18 Western Avenue, Suite A, Brookville, PA 15825 during normal business hours.
Thank you,

Brookville Council also recently heard complaints from a Marlin Street resident who is having continued problems with the storm water runoff near her home.

The city had installed extra storm drains in the area over the past few years, but there are still issues during heavy rain. Council has investigated the issue numerous times and indicated it has no liability in the matter. The problem ultimately stems from vacant property behind the woman’s home on Elm St. that contains a wetlands area.