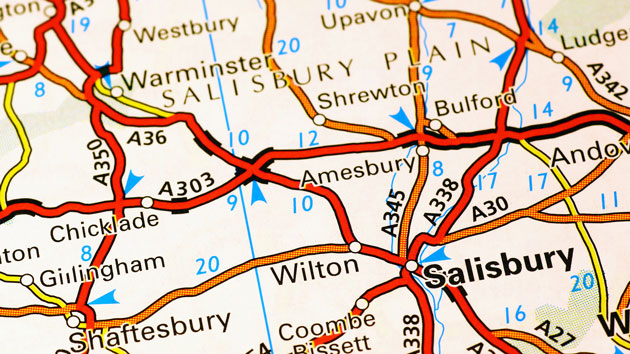 iStock/Thinkstock(LONDON) — British police Wednesday named two suspects, both Russian nationals, in the poisoning of a former Russian spy and his daughter in Salisbury in March, with the British prime minister calling the men Russian intelligence agents.
"This was not a rogue operation," Prime Minister Theresa May said of the two suspects believed to be part of the GRU, Russia's Main Intelligence Directorate.
Alexander Petrov and Ruslan Boshirov are wanted for alleged conspiracy to commit murder in connection with the nerve agent poisoning of Sergei Skripal, 66, and his daughter, Yulia, 33, according to the Crown Prosecution Service (CPS).
Police said in a statement that those are the names by which the suspects “are known to them.”
Prosecutors say they have enough evidence to charge both Russians with conspiracy to murder Sergei Skripal, attempted murder of Sergei Skripal, Yulia Skripal and Nick Bailey, and use and possession of Novichok contrary to the Chemical Weapons Act.
Bailey was a police officer who came into contact with the pair at a park in Salisbury and was treated for injuries as a result. All three have recovered from the attack, with Yulia being released on May 23 and her father's release after that. Yulia spent 20 days in a coma.
"We will not be applying to Russia for the extradition of these men as the Russian constitution does not permit extradition of its own nationals," the Crown Prosecution Service said in a statement. "Russia has made this clear following requests for extradition in other cases. Should this position change then an extradition request would be made.
"We have, however, obtained a European Arrest Warrant which means that if either man travels to a country where an EAW is valid, they will be arrested and face extradition on these charges for which there is no statute of limitations," the statement adds.
Responding to the announcement, the Russian Foreign Ministry accused the U.K. of failing to carry out a real investigation of the poisonings.
“The names and photographs published in the media tell us nothing," Russian Foreign Ministry spokeswoman Maria Zakharova said in audio comments aired by Russian state television Wednesday. "We again call for the British side to move from public accusations and information manipulations to practical cooperation by law enforcement channels."
Russia had “many related questions” for London, Zakharova added.
Russia’s envoy to the Organisation for the Prohibition of Chemical Weapons (OPCW) on Russia’s main state Channel 1 said Russia viewed the announcement of the suspects “as a provocation.”
Three months after the Skripals fell ill, two more people in Salisbury came into contact with Novichok and police said today they have ben unequivically linked the two incidents.
Dawn Sturgess, 44, died July 8 from Novichok exposure. Her partner, Charlie Rowley, 48, was also treated in the same Salisbury hospital and later released.
"We do not believe Dawn and Charlie were deliberately targeted, but became victims as a result of the recklessness in which such a toxic nerve agent was disposed of," police said Wednesday. "We know that Novichok was applied to the Skripals’ front door in an area that is accessible to the public, which also endangered the lives of members of the public and emergency service responders.
Reading the announcement Wednesday, Assistant Commissioner Neil Basu, National Lead for Counter Terrorism Policing, also walked through the Russian suspects' exact movements.
At 3 p.m. March 2, both Russian suspects arrived at Gatwick Airport outside London, after flying from Moscow on Aeroflot flight SU 2588, authorities said. The police released screenshots of CCTV showing both Russians upon arrival, entering with travel documents with the names "Alexander Petrov" and "Ruslan Boshirov."
Petrov and Boshirov traveled from the airport to central London, arriving at Victoria station around 5:40 p.m., officials said, adding they spent the night in London at the City Stay Hotel in Bow Road, East London.
Police say they tested the hotel room for Novichok in May and while the first two swabs showed contamination, later tests showed no traces of the nerve agent.
On Saturday morning, Petrov and Boshirov traveled out to Salisbury. “This trip was for reconnaissance of the Salisbury area and do not believe that there was any risk to the public from their movements on this day," police said, releasing pictures of the two at the Salisbury train station.
CCTV shows them in the vicinity of Sergei Skripal's house "moments before the attack" at 11:58 a.m., authorities said. Police say that's when the suspects contaminated the front door with Novichok.
The two suspects then left Salisbury, returned to London and continued onwards to Heathrow Airport. Police say they returned to Moscow on Aeroflot flight SU 2585, departing at 10:30 p.m. March 4, 55 hours after they arrived in the country. CCTV again showed the pair going through passport control exiting the U.K., authorities said.
Police said there has been no evidence that the Russians have attempted to re-enter the country. They added that the investigation into Sturgess and Rowley's contact with Novichok continues.
"Charlie told police he found a box he thought contained perfume in a charity bin on Wednesday, 27 June," police said Wednesday. "Inside the box was a bottle and applicator. He tried to put the two parts together at his home address on Saturday, 30 June, and in doing so got some of the contents on himself. He said Dawn had applied some of the substance to her wrists before feeling unwell." During a police search of Charlie's home in July, police say they recovered a small box labeled as Nina Ricci Premier Jour and a small glass bottle with a nozzle containing significant traces of Novichok.
After police spoke with Nina Ricci, however, the company confirmed that it was not a genuine Nina Ricci perfume bottle, box or nozzle but a counterfeit box, bottle and nozzle, authorities said. Police say they cannot account for the whereabouts of the bottle, nozzle or box between the attack on the Skripals March 4 and when Charlie Rowley said he found it June 27.
Copyright © 2018, ABC Radio. All rights reserved.