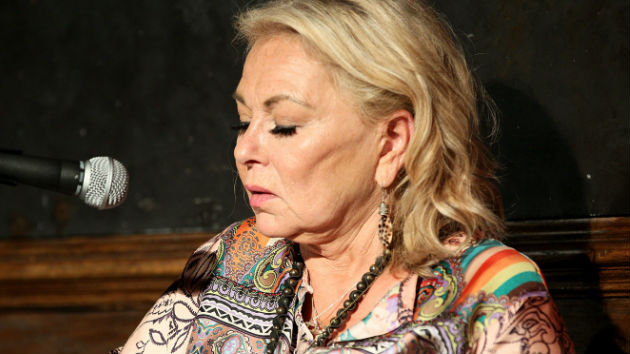 Photo by Steve Mack/WireImage
Posted on September 4, 2018 by ABC News

Photo by Steve Mack/WireImage(LOS ANGELES) — In a new interview with her close friend Rabbi Shmuley Boteach, comedian Roseanne Barr opens up about what it was like to lose her show after her infamous tweet heard 'round the world, and what she thinks about the planned spin-off show, The Conners.
Barr, whom ABC abruptly fired in May after she sent a racially-charged tweet, said losing her show was like "a death to me" and added that she needed the months since to heal. The show was cancelled and later re-worked without her into The Conners, which will debut in October.

Barr, 65, says she went to stay with her mom after the incident and the two, "laughed and laughed … That’s how everyone is supposed to heal, you gotta laugh."

Barr said there were "steps" to get over the loss of her show. "There was mourning," she said. "Like anything, it was a death to me, the death of my character."
Barr also sounded off about the new show, which will follow the Conner family minus her character, saying for her own mental health she's avoiding it.
"I'm not gonna curse it or bless it, I'm staying neutral," she said. "It's what I gotta do."
Barr said as someone who battles depression and mental illness, she doesn't want to "go dark," so she won't be watching The Conners when it premieres next month. In fact, she'll be going to Israel instead to study her Jewish faith with some of her favorite teachers.
"I have saved a few pennies and I’m so lucky I can go," she said.
As for her future in entertainment, Roseanne said, "I’m already writing a new sitcom. It’s very funny."