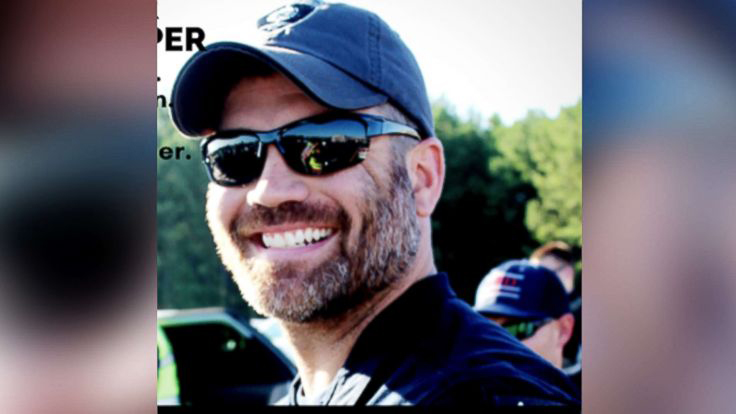 Covington Police(COVINGTON, Ga.) — A Georgia police officer is "fighting for his life" after he was shot while responding to a shoplifting report at a Walmart, according to local police.
Covington police officer Matt Cooper, a 34-year-old military veteran who has been with the department for six years, is in serious condition Tuesday with a bullet lodged in his carotid artery, said Covington police spokesman Justin Stott.
He "is fighting for his life," officials said Monday. "We're just praying for his health."
"He is a fighter!" Stott added in a statement Tuesday.
The shooting unfolded Monday afternoon when a suspect exited the Walmart in Covington — about 35 miles east of Atlanta — and started to flee, and Cooper ran after him, according to the Georgia Bureau of Investigation (GBI).
The suspect, 21-year-old Aaron Fleming, "ran across the street behind another shopping center where several gunshots were fired," the GBI said in a statement.
A second gunshot was then heard, and Fleming was found shot dead, authorities said.
"Early information indicates that the wound was self-inflicted," said a statement from the GBI.
The state agency is handling the investigation.
Two other suspects are in custody, local police said.
"There is no such thing as a routine call … today's an example of that," police officials said at a news conference Monday. "Things can turn bad and ugly in a heartbeat."
Thirty-eight officers have been shot dead in the line of duty this year, according to the National Law Enforcement Memorial Fund. Thirty-two had died from gunfire over this same time period last year.