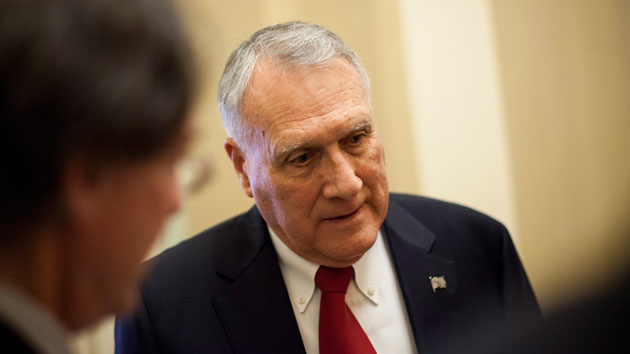 Drew Angerer/Getty Images(PHOENIX) — Arizona Gov. Doug Ducey will appoint former U.S. Sen. Jon Kyl to replace the late John McCain, who passed away last month due to complications from brain cancer.
Cindy McCain, John McCain's widow, tweeted Tuesday that Kyle "is a dear friend of mine and John's. It's a great tribute to John that he is prepared to go back into public service to help the state of Arizona.
Ducey is expected to hold a news conference Tuesday to officially announce Kyl as McCain's successor in the Senate. Ducey, a Republican, is required by Arizona law to name a Republican to replace the Republican McCain.
Kyl benefits from a long Washington experience, having served a total of 26 years in Congress, 18 of them alongside McCain.
The former Arizona senator also has a close relationship with Ducey, who has referred to him as a mentor that he has leaned on through the early days of his administration.
This is a developing story, check back soon for updates.
Copyright © 2018, ABC Radio. All rights reserved.