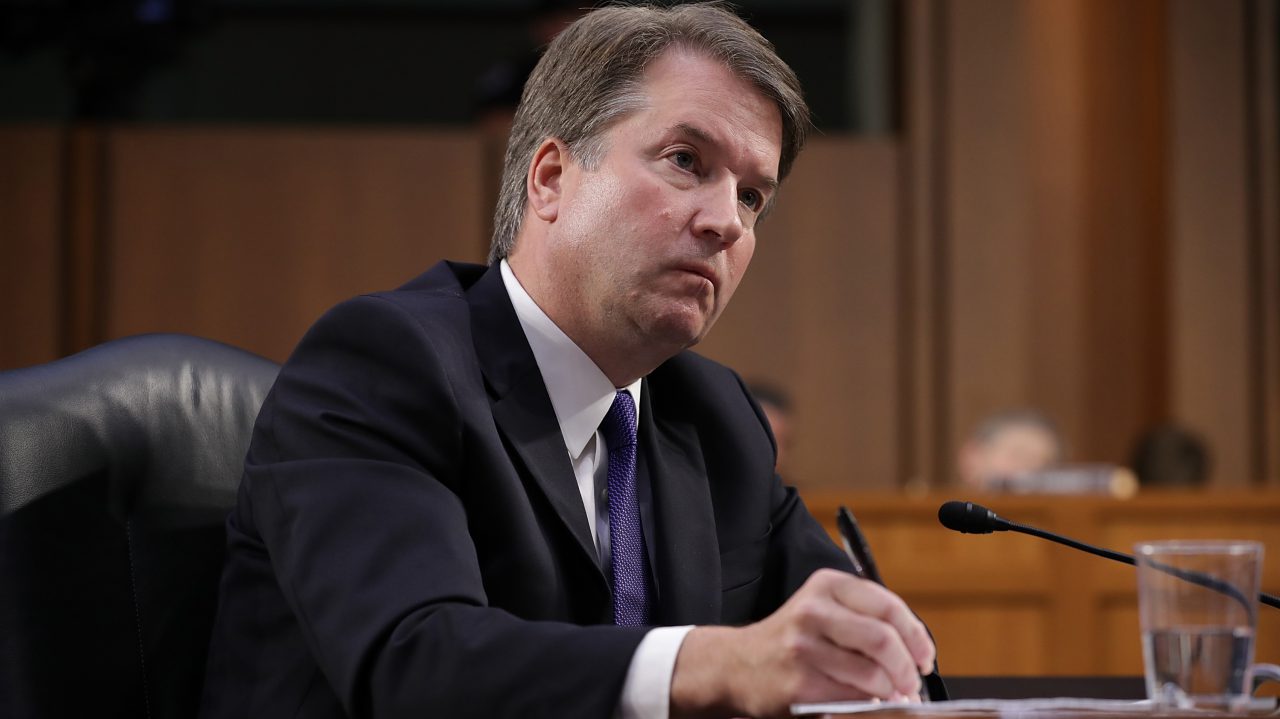 Chip Somodevilla/Getty Images(WASHINGTON) — The father of a student killed in the school shooting in Parkland, Fla., says Supreme Court nominee Brett Kavanaugh refused to shake his hand during a break in Tuesday's confirmation hearing.
Fred Guttenberg, whose 14-year-old daughter Jaime Guttenberg died in the Feb. 14 shooting at Marjory Stoneman Douglas High School in Parkland, Florida, attended the hearing to listen to discussions on the Second Amendment, he wrote on Twitter.
Video from the hearing shows Guttenberg approaching Kavanaugh as he stood up to leave, stretching out his arm for a handshake as Kavanaugh turned to look at him.
Kavanaugh then turns the other way without a word and walks away, his security detail following closely behind.
Guttenberg wrote on Twitter that, as the morning session ended, he "walked up to Judge Kavanaugh" and attempted to introduce himself "as Jaime Guttenberg's dad."
"He pulled his hand back, turned his back to me and walked away," Guttenberg wrote. "I guess he did not want to deal with the reality of gun violence."
Protesters began interrupting about an hour after chairman Chuck Grassley gaveled in the hearing. It is unclear from the video whether Kavanaugh had heard Guttenberg after he fully identified himself.
White House Press Secretary Raj Shah tweeted that Kavanaugh was leaving for his lunch break when an "unidentified individual approached him."
"Before the Judge was able to shake his hand, security had intervened," Shah wrote.
Guttenberg made his concerns about gun violence clear just days after his daughter was killed.
During a vigil two days after the shooting, Guttenberg told mourners that he couldn't remember he told Jaime he loved her that morning before she left for school.
"Don't tell me there is no such thing as gun violence," he said, describing his family as "broken."