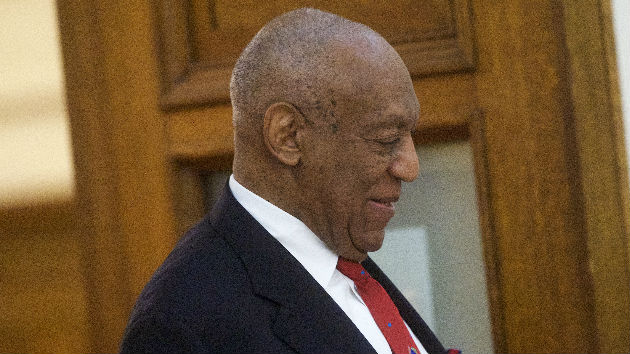 Photo by Mark Makela/Getty Images(LOS ANGELES) — Bill Cosby's star on the Hollywood Walk of Fame was vandalized sometime Monday night, with the words "serial rapist" scrawled on the star with a marker.

ABC News Los Angeles affiliate WTVD-TV reports this was the second time the former TV dad's star was tagged. In 2014, someone defaced it with the word "rapist."
On April 26, Cosby, 80, was found guilty in Montgomery County, PA of three felony charges of aggravated indecent assault for drugging and molesting Andrea Constand in his Philadelphia home 14 years ago. He's scheduled to be sentenced September 24. Additionally, Cosby's been accused of similar crimes by dozens of other women but has always maintained his innocence.