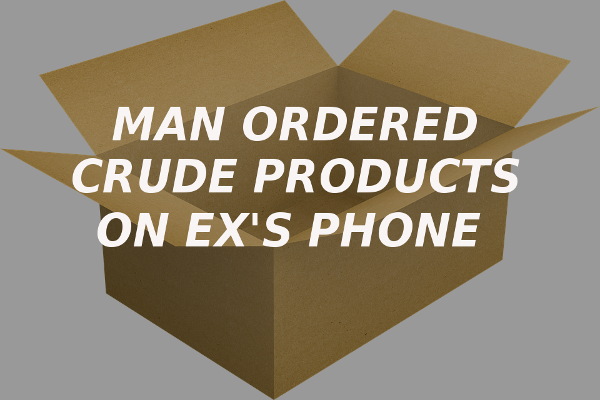 Young Township, PA – A Jefferson County man faces charges after police say he used his ex-girlfriend’s phone to order thousands of dollars of t-shirts and underwear with crude sayings on them, along with adult products.

A woman had gone to Punxsutanwey State Police in June saying that she believed 25-year-old Daniel Smith from Punxsutawney, who she had previously dated, had made purchases in her name.

Smith allegedly used a phone that had previously belonged to the woman and ordered more than $3,000 worth of t-shirts and underwear with crude statements on them. He also ordered adult products.

The woman was able to cancel most of the orders, except for four t-shirts, which ended up costing her $70.

Smith allegedly also used the phone to change the password to two of her email accounts, sent Facebook messages to the victim’s coworkers, shared screenshots of her messages on social media, and posted her personal information on the app “MeetMe” for random men to contact her.

Smith claims he had reset the phone and sold it before the purchases were made.

He faces charges of accessing a device without authorized use, identity theft, and harassment. Smith is currently awaiting a preliminary hearing.