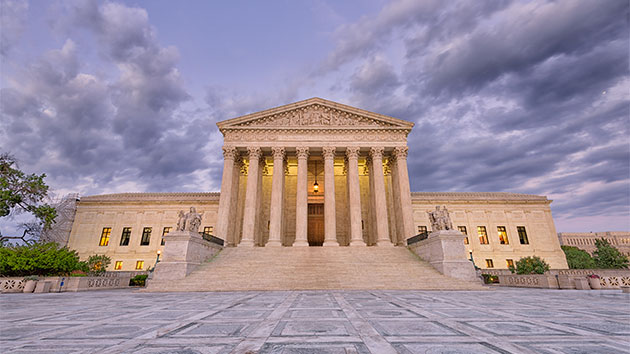 iStock/Thinkstock(WASHINGTON) — When Brett Kavanaugh testifies at his confirmation hearings beginning Tuesday, the exact language he uses to describe his views on a broad range of issues will be scrutinized, but nothing will be parsed more closely than his first public comments as a Supreme Court nominee on the volatile subject of abortion.

President Donald Trump has said he would nominate "pro-life justices" to the Supreme Court and, given that, Democrats are expected to grill Kavanaugh on Roe v. Wade and access to contraception.

Abortion rights groups, including Planned Parenthood, say they will be listening to how Kavanaugh responds when asked if he agrees with Trump's comments that Roe v. Wade should be overturned — or what he meant when he described the landmark case establishing a constitutional right to abortion as "settled law," referring to the concept some major legal decisions establish precedent the court must follow or very rarely overturn.

Sen. Lindsey Graham, the South Carolina Republican who sits on the Senate Judiciary Committee, said over the weekend that there is a process for overturning precedent such as Roe v. Wade. He said he hopes Kavanaugh will be open to both sides of any case challenging Roe, including if an argument that the decision should be overturned.

"Precedent is important, but it's not inviolate. I'm dying to see if he believes that Citizens vs. United can be overturned," Graham said on CNN's "State of the Union" Sunday. "The bottom line here is, there's a process to overturn a precedent. And I think he understands that process. He will apply it. And if it were up to me, states would make these decisions, not the Supreme Court. But it is a long-held precedent of the court. It will be challenged over time. And I hope he will give it a fair hearing, and I know he will."

In another interview, on "Fox News Sunday," Graham said he would actually consider Kavanaugh "disqualified" if he promised only to uphold or overturn Roe v. Wade without hearing arguments on both sides.

Last year, in his only legal opinion in an abortion case, Kavanaugh dissented in a court decision that allowed an undocumented minor in U.S. custody to get an abortion. He argued that the girl should be required to wait until she was transferred from a government-run immigrant detention center to a sponsor before having the abortion, arguing the delay did not constitute an "undue burden" because other laws regarding abortion can cause similar delays.

In recent years, in response to both Democratic and Republican efforts to pin them down on the issue, Supreme Court nominees have declined to reveal their personal views and said it's not appropriate to comment on how they could rule in future cases.

In his 2006 confirmation hearing for the federal bench, Kavanaugh committed to following Roe v. Wade but would not comment on his personal opinion of abortion.

"The Supreme Court has held repeatedly, senator, and I don't think it would be appropriate for me to give a personal view of that case," Kavanaugh told Sen. Chuck Schumer at the time.

By comparison, Justices Neil Gorsuch, Sonia Sotomayor, John Roberts, and Samuel Alito all called Roe v. Wade established precedent but declined to elaborate on Roe as a legal issue or give their personal views on abortion.

Abortion rights groups, though, have said Kavanaugh should be pushed to speak more specifically about whether he would vote to protect a woman's right to choose, especially since he is replacing Justice Anthony Kennedy, who was seen as a swing vote on the high court.

They say specific phrases could shed light on Kavanaugh's thinking.

At least one Republican senator, Susan Collins of Maine, has said she won't vote for a justice that she thinks will be "hostile" to Roe v. Wade.

But after meeting with Kavanaugh earlier this month, she said he had called Roe "settled law," a term that some interpret as law that should no longer be challenged.

Abortion rights advocacy groups say they would like to hear the issue discussed in a way similar to how Justice Ruth Bader Ginsburg commented in her 1993 confirmation hearings. While Ginsburg said the Roe v. Wade established the right to an abortion, she went further to say that women must be able to decide if and when they want to have children in order to be equal to men under the law.

They want Kavanaugh, or any other Supreme Court nominee, to affirmatively support this "personal liberty standard" and say as well that the Constitution protects an American's right to decide to use contraception, have an abortion, or marry same-sex partners.

Erica Sackin, political communications director for Planned Parenthood, said the group will also be watching for phrases they say are a red flag indicating Kavanaugh could side with states that want to impose more restrictions on abortion. A number of cases on that front expected to come before the court in the next few years.

Anti-abortion groups, including the Right to Life Coalition, have praised Kavanaugh for sticking to the "text and history of the Constitution."

Some conservatives dispute the court's interpretation basing the right to an abortion on the broader constitutional of a right to privacy, arguing Roe v. Wade went too far setting a nationwide standard and overriding state laws.