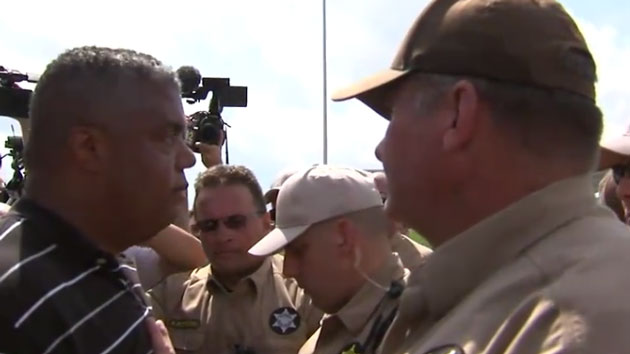 ABC News(CHICAGO) — As Chicago police tried to break-up an anti-violence protest on a Chicago expressway, 12 people agreed to be arrested.
The protesters had planned to march on part of Chicago's Kennedy Expressway Monday, aiming to disrupt traffic to O'Hare International Airport, but police asked everyone to leave the roadway and warned that anyone who did not leave would be arrested.
The demonstration sought to bring more awareness to the gun violence epidemic in the city. Demonstrators also called for the resignation of Chicago Mayor Rahm Emanuel and urged more economic investment in the city's poorer South and West sides, according to ABC station WLS in Chicago.
Fired-up protesters, holding signs and chanting "Rahm Emanuel has got to go," were met by a large presence of local and state police.
The eight men and four women who were arrested were given citations for pedestrian on a highway and are being released on their own compliance. They face a fine and court date, according to authorities.
There was no resisting during the arrests, police said.

WLSThe incident "was respectful on both sides and professional on both sides," authorities said at a news conference.
Among those who agreed to be arrested Monday was protest organizer Rev. Gregory Livingston.
"In order to get the attention and the ears that we need for the people's needs we have to perform some kind of massive action," Livingston said earlier to WLS.
Gun violence in Chicago's poorest communities has drawn national attention for a number of years. Since Sept. 2011, at least 174 people under the age of 17 have been killed, and another 1,665 shot, according to figures compiled by The Chicago Tribune.