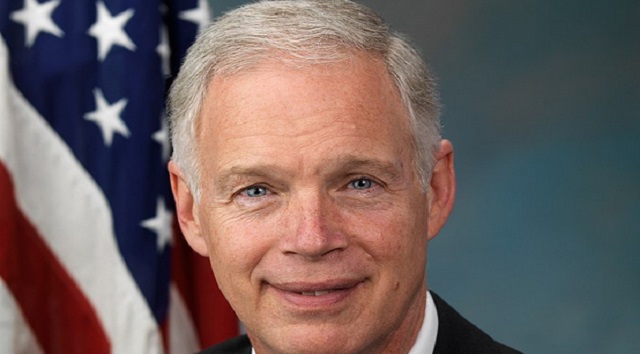 Office of Senator Ron Johnson(WASHINGTON) — A Republican senator said the answer to whether Supreme Court nominee Brett Kavanaugh would recuse himself from potential cases involving investigations of President Trump "depends" on the case.
Sen. Ron Johnson of Wisconsin in interview Sunday responded to a question from “This Week” Co-Anchor Martha Raddatz about Kavanaugh's Senate nomination hearings that are to begin Tuesday.
“Democrats are expected to press Kavanaugh to recuse himself from any cases that involve investigations against President Trump. Should he do that if he is confirmed?” Raddatz asked the Republican senator.
“I mean, probably depends on the case,” Johnson said. “But again, Brett Kavanaugh, an extraordinary judge, you know, a long record, 12 years on the D.C. Circuit Court bench, over 300 decisions."
"Democrats have more than enough information to understand that this is a highly qualified jurist that should be the next Supreme Court justice," Johnson said.
Raddatz pressed, "And should he recuse himself?"
"I’m sure … Judge Kavanaugh will follow the, you know, the guidelines and recuse himself in cases where he should," Johnson responded. "But by and large, I think judges, justices should be involved in cases."
In response to a new ABC News/Washington Post poll released this week showing tough numbers for President Trump, including a new high of 60 percent for his disapproval rating, Johnson cited his own electoral success in spite of less-than-encouraging poll numbers.
“Well, listen, if I believed in polls I wouldn't have even run in 2016. So I'm not a big believer in the polls,” Johnson said.
Opinion polls leading up to Johnson’s re-election bid in 2016 consistently showed the senator trailing Democratic challenger Russ Feingold, but Johnson defeated Feingold by three points in the election.
Johnson told Raddatz that voters will make their judgment in November’s elections.
“There's only one poll that counts," Johnson said. "It's on Election Day. And we'll see really the verdict of the American public.” Johnson said.
Copyright © 2018, ABC Radio. All rights reserved.