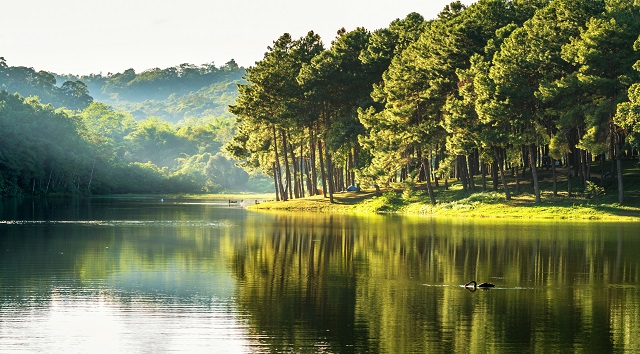 iStock/Thinkstock(SAN BERNADINO, Ca.) — At least four people are missing and 13 are injured after two private boats collided on the Colorado River in southeast California on Saturday night.
One person was airlifted to University Medical Center of Southern Nevada with life-threatening injuries, the San Bernardino County Fire Department said. Six were treated for moderate injuries and six were treated for minor injuries.
The two vessels collided head on at about 8 p.m. local time between Pirate Cove and the Topock Marina, north of Lake Havasu near the Moabi Regional Park, a recreational area on the Colorado River which forms the boundary between California and Arizona. The southern tip of Nevada is about 30 miles north of the park.
During the collision, everyone from both boats was thrown into the water, and both boats sank. Several people were pulled from the water by other passing boaters.
Officials called off the search for missing survivors around 9 p.m. last night. Dive and search operations in the area of the crash are being conducted by the Mohave County Sheriff's Office with the assistance of the San Bernardino County Sheriff's Department.
The accident happened after sunset, making rescue efforts difficult, authorities said. Some people were found as much as a mile down river due to the rapidly moving water.
Officials are unsure if alcohol was involved, or the ages or genders of those who were injured.
Copyright © 2018, ABC Radio. All rights reserved.