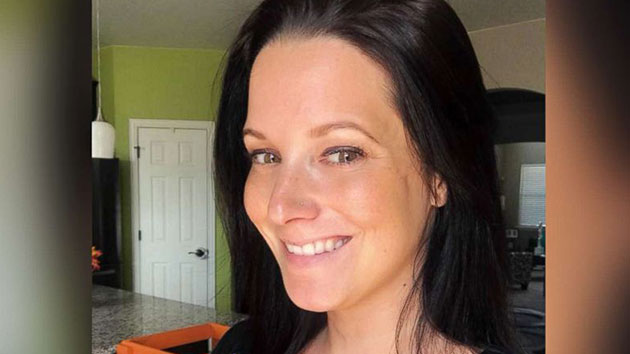 Town of Frederick, Colorado
Posted on September 1, 2018 by ABC News

Town of Frederick, Colorado(FREDERICK, Colo.) — Shanann Watts and her two young daughters, Celeste and Bella — who were allegedly killed by Watts' husband the girls' father — were mourned at their funeral Saturday, along with Watts' unborn son, Nico.
"She had dreams to be fulfilled" and "wanted to be an exceptional wife and mother," the pastor said of Watts, 34.
The case began Aug. 13 when the pregnant mother and young girls — Celeste, 3 and Bella, 4 — were reported missing by a friend in their town of Frederick, Colorado.
Chris Watts — who at first spoke to reporters, saying his wife disappeared without a trace — was arrested two days later.
“Shanann was a woman of determination,” Pastor John Forbes said at the funeral Mass Saturday afternoon in North Carolina, where Shanann Watts' family lives.
“Her mother describes her as a fireball. She had dreams to be fulfilled, and she worked toward those dreams," Forbes said. "She wanted to be an exceptional wife and mother. She wanted to support research into the disease she had, Lupus.”
Bella and Celeste "were filled with life and joy and shared it with all those they encountered," Forbes said.
“The family would like to see good come from this tragedy,” Forbes said. “They do not desire vengeance and death, but justice and light.”
Shanann Watts was found in a shallow grave near an oil tank, according to court documents filed in Weld County and obtained by ABC News. The property where she was found is where Chris Watts worked, according to ABC Denver affiliate KMGH-TV.
The girls' bodies were found inside mostly full oil and gas tanks, according to court documents.
Chris Watts told authorities he had told his wife he wanted a separation, then walked downstairs and returned to his bedroom to speak with Shanann again, according to the affidavit. He said he saw Bella sprawled out on her bed and Shanann "actively strangling" Celeste, according to the affidavit.
Watts said he went into a rage and strangled his wife to death, according to the affidavit.
Chris Watts faces three murder charges; two counts of murdering a child under 12; three counts of unlawful tampering with a body; and one charge of unlawful termination of a pregnancy. He has not yet been arraigned.

After a life-threatening pregnancy, Olympian Allyson Felix joins campaign to protect pregnant people
Ahmaud Arbery’s mother files federal lawsuit against 3 men accused of killing son
A year after his death, Ahmaud Arbery’s mother plans to celebrate his life
Allison Janney reflects on eight seasons of ‘Mom’ as “one of the great honors of my life”
What pregnant, breastfeeding people should know about COVID-19 vaccines
Pfizer launches COVID-19 vaccine trial in pregnant women