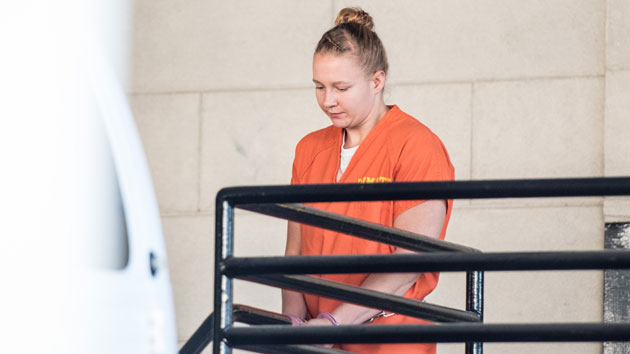 Sean Rayford/Getty Images(WASHINGTON) — Reality Winner, the former U.S. intelligence specialist sentenced to five years in prison for leaking classified documents on the Russia probe, has told the Atlanta Journal-Constitution that she will seek a pardon from President Trump.
Winner's prison sentence caught the eye of the president, who tweeted "Ex-NSA contractor to spend 63 months in jail over “classified” information. Gee, this is “small potatoes” compared to what Hillary Clinton did! So unfair Jeff, Double Standard."
The Justice Department has said that her sentence is the longest-ever for leaking classified information.
"It appropriately satisfies the need for both punishment and deterrence, in light of the nature and seriousness of the offense," the Justice Department statement released after her sentencing reads.
Winner told the Journal-Constitution that her legal team is preparing an application strategy and will likely make the request after the midterms.
“When he said that, it just reminded me of everything I’ve learned, in that, it doesn’t matter if you agree or disagree with a person or a policy,” she told the AJC. “You can criticize and call someone whatever you want, but if you turn around and you’re not kind, and you don’t drop everything for the person next to you to help them, then your criticism means nothing.
On "CBS This Morning" Wednesday, she said of President Trump's comments, "I can't thank him enough."
After her sentencing, U.S. Attorney Bobby L. Christine, a Trump appointee told reporters that her betrayal was not a victimless crime.
Contacted by ABC News, Winner's lawyer had no comment.
Prior to her sentencing, she said that she didn't mean to harm national security.