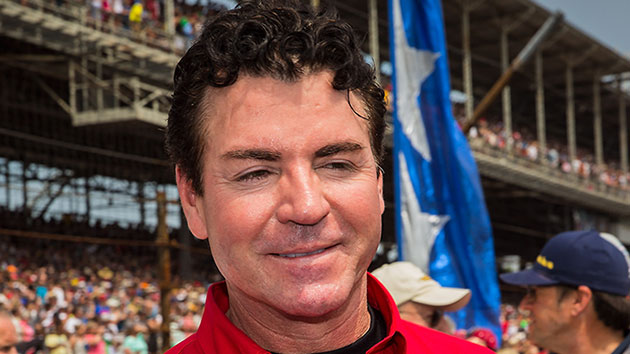 Michael Hickey/Getty Images(NEW YORK) — Bitter infighting continues within the leadership of Papa John’s.
The company’s founder and largest shareholder, John Schnatter, has filed a lawsuit against Papa John’s International Inc. in Delaware on Thursday, claiming the company’s leadership is causing “irreparable harm” to the business, his attorney told ABC News.
In a statement to ABC News, attorney Terry Fahn, who represents Schnatter, said the company’s board and its current CEO, Steve Ritchie, are causing harm by their “repeated, and ongoing, breaches of the duties of loyalty and care they owe to the company.”
Fahn said the lawsuit is currently under seal and that he could not elaborate on what exactly Schnatter claims the board is doing that has resulted in harm to the company, though in letters posted on the website savepapajohns.com, which is run by Schnatter, the deposed CEO discusses what he alleges are bad financial decisions, insufficient management skills, a toxic senior management culture and misconduct by the company's leadership.
A document posted on the site said a public version of the complaint will be filed “on or before” Sept. 4.
It’s the second lawsuit filed by Schnatter in recent months against the company he founded in 1984. A separate lawsuit was filed on July 26 over what Schnatter claims was the company’s refusal to provide him with documents related to what he said is the “unexplained and heavy-handed way” in which he was treated following reports that he used a racial slur during a conference call in May.
Schnatter resigned as chairman of the company’s board following those reports, and also apologized for his use of “inappropriate and hurtful language.” Now, however, Schnatter writes on his website that he was “falsely accused” of using a racial slur and claims the company took “panic-stricken steps” to distance itself from Schnatter without conducting an investigation into what really happened.
In statements provided to ABC News, a company spokesperson has dismissed the allegations by Schnatter in the most recent lawsuit, writing that he will “do anything to distract attention from the harm caused by his inappropriate words.” The statement also said Schnatter continues to make “reckless allegations in his attempt to regain control and serve his own interests.”
In a July statement addressing the earlier suit, the company said it has been providing Schnatter with all the materials he is entitled to as a director.
Schnatter has been the subject of several controversies during his tenure as the CEO and the face of Papa John’s. In December 2017, Schnatter stepped down from his role as CEO after blaming lagging sales on the National Football League and player protests during the national anthem, which led to boycotts of NFL games.
Copyright © 2018, ABC Radio. All rights reserved.