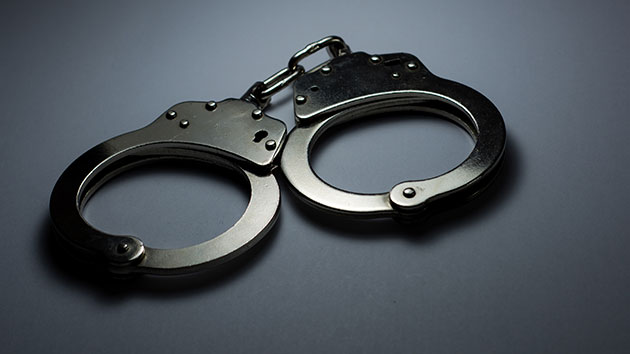 iStock/Thinkstock(TAOS, N.M.) — The FBI charged five former residents of a dilapidated compound in New Mexico with weapons offenses after three of them were released earlier in the week.
Lucas Morton, Subhannah Wahhaj and Hujrah Wahhaj — who are sisters — were taken back into custody on the weapons charges, authorities said. Jany Leveille and Siraj Ibn Wahhaj, who had not been released, were also charged by the FBI. Leveille, who is from Haiti and in the U.S. illegally, was charged with being "an alien unlawfully in possession of firearms and ammunition in the District of New Mexico from Nov. 2017 through Aug. 2018."
The other four were charged with aiding and abetting Leveille, according to a release from the FBI.
The five adults were originally arrested on Aug. 3 when the Taos County Sheriff's Office stormed their compound in northern New Mexico and found 11 children living in a filthy, ramshackle trailer buried in the dirt and surrounded by tire and earthen barricades. The facility had no running water or electricity, and officials found 11 guns — including an AR-15-style rifle and four handguns — and a stockpile of ammunition.
In addition to the 11 children, a search of the compound resulted in the discovery of remains of the 3-year-old son of Siraj Ibn Wahhaj. He and Leveille, his partner, had been charged with child abuse resulting in death. However, those charges were dropped earlier in the day Friday in anticipation of taking the case to a grand jury for indictments later this month, Taos County District Attorney Donald Gallegos said.
The grand jury indictment will allow prosecutors to build a better case and avoid another 10-day deadline, he said.
A judge ruled on Wednesday that Morton, Subhannah Wahhaj and Hujrah Wahhaj could not remain in custody on child neglect accusations since prosecutors missed a 10-day limit to establish probable cause for the neglect charges.
"I don't know if they are overworked or they don't have enough people at their office. I don't see the district attorney here or the chief deputy district attorney, but it is disturbing to me that the district attorney would put this court in that kind of a situation," Judge Jeff McCelroy said Wednesday.
The five are due to make an appearance in court on the weapons charges on Sept. 4.
The maximum penalty for Leveille's possession of firearms is 10 years in prison, after which she would be deported, FBI officials said. The other four face prison sentences of up to 5 years each for conspiracy.
Prosecutors accuse Siraj Ibn Wahhaj of training the children to commit school shootings using a short-distance shooting range that had been installed on the compound.
Copyright © 2018, ABC Radio. All rights reserved.