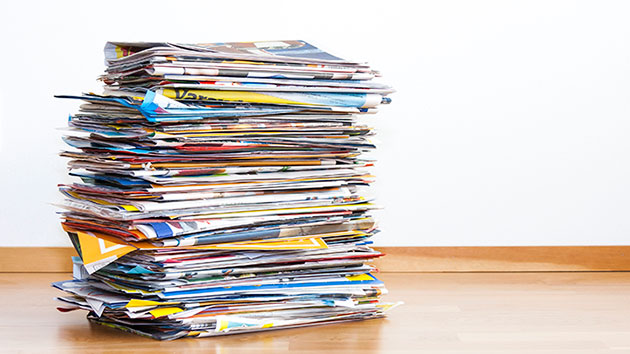 iStock/Thinkstock(WASHINGTON) — Disapproval of Donald Trump is at a new high, support for the Mueller investigation is broad, and half of Americans in a new ABC News/Washington Post poll favor Congress initiating impeachment proceedings against the president.
Sixty percent in the national survey disapprove of Trump’s performance in office — numerically the highest of his presidency, albeit by a single point. That includes 53 percent who disapprove strongly, more than half for the first time. Thirty-six percent approve, matching his low.
The results come a week after Trump’s former campaign chairman, Paul Manafort, was convicted of fraud, and his former longtime personal lawyer, Michael Cohen, pleaded guilty to eight felonies, including illegal campaign finance actions that he said Trump directed.
Trump’s average approval rating since taking office is the lowest for any president in modern polling since the 1940s. One factor: Contrary to his “drain the swamp” rhetoric, 45 percent say corruption in Washington has increased under Trump, while just 13 percent say it has declined.
Suspicions of the president relating to the Mueller investigation are substantial. Sixty-one percent say that if assertions by Cohen are true, Trump broke the law. Fifty-three percent also think Trump obstructed special counsel Robert Mueller’s work.
The national survey, produced for ABC by Langer Research Associates, finds that half the public supports Congress initiating impeachment proceedings against Trump, 49-46 percent; support rises to 57 percent among women. And support for the investigation running its course is broader: Americans overall back Mueller’s probe by 63-29 percent. Fifty-two percent support it strongly, a high level of strong sentiment.
Mueller prosecuted Manafort and referred the Cohen case to federal prosecutors in New York. Support for Mueller’s investigation peaks at 85 percent among Democrats, but also takes in 67 percent of independents and even a third of Republicans (32 percent). Forty-one percent of conservatives back Mueller, rising to more than seven in 10 moderates and liberals.
In Trump’s dispute with Attorney General Jeff Sessions for allowing the investigation to proceed, the public sides with Sessions, 62-23 percent. Sixty-four percent also oppose the idea of Trump firing Sessions; just 19 percent support it.
Further, while Trump has railed against the Manafort prosecution, Americans call it justified by an overwhelming 67-17 percent, including nearly half of Republicans. The public opposes Trump pardoning Manafort by essentially the same margin, 66-18 percent, with 53 percent strongly opposed. Even among Republicans, 45 percent oppose a Manafort pardon; 36 percent support it.
The damage to Trump on these ethics concerns overwhelms his better rating for handling the economy — an essentially even split, 45-47 percent. This demonstrates that a good economy only makes it possible for a president to be popular — it’s no guarantee.