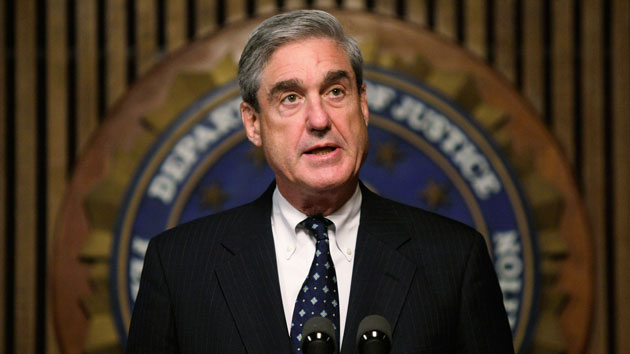 Alex Wong/Getty Images(WASHINGTON) — A federal court in Washington, D.C., has denied a bid by a Russian firm to join an appeal brought by an American who is seeking to challenge the legitimacy of Robert Mueller’s appointment to special counsel.
U.S. Court of Appeals Judges David Tatel and Thomas Griffith ruled Thursday that the firm, Concord Management and Consulting, LLC., did not have standing to “intervene” in the appellate case brought by Andrew Miller, a former associate of longtime Donald Trump friend and Republican political operative Roger Stone.
Prosecutors allege Concord financed a St. Petersburg "troll factory" called the Internet Research Agency, which U.S. officials say set up hundreds of fake or automated social media accounts as part of a widespread online influence campaign ahead of the 2016 election. The firm has pleaded not guilty to a charge of conspiracy to commit fraud.
Miller served as an aide to Stone until 2013, according to Stone, who once described Miller as his “wingman” because he helped manage Stone’s schedule, travel and media appearances, and also provided “some I.T. work.” Miller identifies himself as a libertarian and has said he did not support Trump’s candidacy, but he did accompany Stone to the 2016 Republican National Convention.
Miller turned over requested documents to prosecutors but was also subpoenaed to testify before a grand jury in the Russia probe in late June. After an unsuccessful attempt by his attorney last month to quash the subpoena to testify, Miller was held in contempt of court for refusing to comply with it. ABC News reported earlier this month that Miller’s legal fight, now heading to the U.S. Court of Appeals, is being steered by a veteran Washington legal group that has a history of taking on Democrats and is bankrolled, in part, by longstanding Republican donors.
Attorneys for both Miller and Concord have argued that Mueller's appointment as special counsel was unconstitutional — and both have lost those arguments in lower courts. Miller appealed his loss and, late last week, attorneys for Reed Smith, the American law firm representing Concord, moved to legally join in that appeal.
"Basic fairness therefore dictates that Concord should be permitted to participate in this appeal," Concord's motion said. Concord has also filed its own appeal, but said the “unique circumstances of this case," including the overlapping arguments against Mueller's appointment, should permit the firm to join in with Miller’s.
Miller's attorney did not oppose the move, but the special counsel team did.
In its response filed on Monday, prosecutors said that Concord should not be allowed to join Miller's appellate case because the firm "has not suffered a concrete and particularized injury as a result of the district court's contempt finding against Andrew Miller."
Thursday the court sided with Mueller’s team, but ordered Concord be eligible to file an amicus brief – its own argument presumably in support of Miller’s side — should it choose to do so.
Concord, which prosecutors say is controlled by a close associate of Russian President Vladimir Putin, is one of three Russian entities, along with 13 Russian individuals, charged in connection with the alleged online influence operation, according to court documents. Concord is the only defendant to engage with the court through its U.S.-based attorneys. The attorneys did not respond to requests for comment for this report.
Copyright © 2018, ABC Radio. All rights reserved.