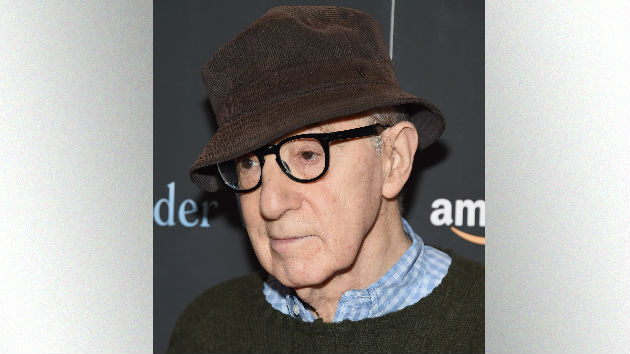 Photo by Gary Gershoff/WireImage
Posted on August 31, 2018 by ABC News

Photo by Gary Gershoff/WireImage(NEW YORK) — Will Woody Allen's Rainy Day ever see the sun? It's not looking likely, according to one report.

The New York Post's Page Six reports that his latest movie, A Rainy Day In New York, has been "shelved" by Amazon and may never be released. Directed by Woody Allen, the film, which stars Selena, Jude Law, Elle Fanning and Timothée Chalamet, wrapped production just as the #MeToo movement was gathering steam. That led to the resurfacing of allegations of abuse against Allen, made by his adopted daughter, Dylan Farrow.

At the time, Selena Gomez and the other cast members were criticized for accepting a role in Allen's film. Asked by Billboard last November if Selena considered the director’s past before signing on to the movie, she said, "To be honest, I’m not sure how to answer."

Noting that the #MeToo movement exploded, "right after I had started [on the movie]," she said, "They popped up in the midst of it. And that’s something, yes, I had to face and discuss. I stepped back and thought, ‘Wow, the universe works in interesting ways.’”

Selena's mom Mandy Teefey later told a fan on Instagram that she'd tried to warn the singer about appearing in Allen's film, but she didn't listen.

"I had a long talk with her about not working with him and it didn’t click…No one controls her," wrote Teefey.

Amazon tells Page Six, "No release date has ever been set for the film” — though the gossip column reports it was slated for a 2018 release. Page Six also reports that Amazon bought the movie for $25 million, as part of its multi-picture deal with Allen, which calls for three more movies.