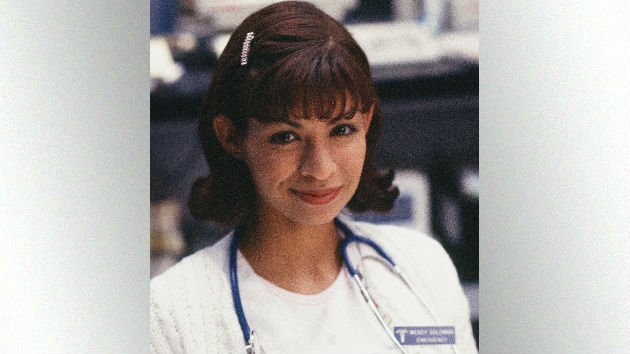 Vanessa Marquez as Nurse Wendy Goldman — Photo by: Alice S. Hall/NBCU Photo Bank(LOS ANGELES) — Vanessa Marquez, who appeared as a nurse on the medical drama ER, and also had small parts in shows like Seinfeld and Malcolm and Eddie, was shot and killed by police officers in Pasadena, California on Thursday.

ABC News has learned that cops responded to the 49-year-old woman's home at the request of her landlord, who wanted them to perform a welfare check. When police arrived, investigators say Marquez was reportedly having seizures, and medics were called to the scene.

Cops say Marquez was suffering from mental health issues, became unresponsive and, investigators say, it appeared she couldn’t care for herself. They talked to her for over an hour and a half, detectives say, but then, she reportedly armed herself with a realistic-looking B.B. gun and pointed it at the officers.

They fatally shot her in response.

Last year, Marquez accused George Clooney of derailing her career because she spoke out against Hollywood harassment — something the former ER doctor vigorously denied.