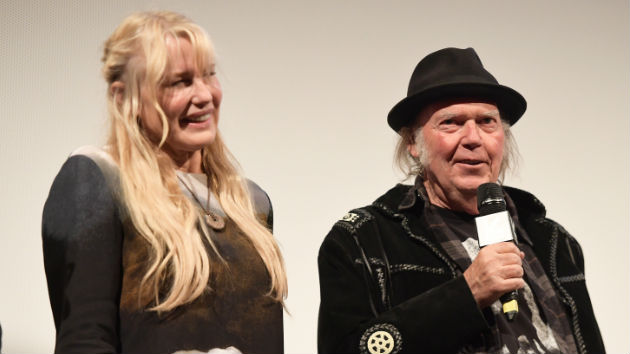 Photo by Matt Winkelmeyer/Getty Images for SXSW
Posted on August 30, 2018 by ABC News

The Kill Bill and Sense8 star, 57, and Young, 72, and treportedly tied the knot on Saturday in Atascadero, after a ceremony on Young's yacht near the San Juan Islands, according to The Guardian.

Guitarist Mark Miller seemed to confirm the news on his Facebook page on Saturday, writing, "Congratulations to Neil Young and Daryl Hannah on their wedding today." On Monday, however, he clarified the post, saying he didn't personally attend the ceremony, and only learned about it from a friend, who announced it on his Facebook page.

The administrator of Young's blog also congratulated the pair, and referred to comments from attendees, who described the event as "a shindig," according to the U.K. newspaper.

Meanwhile, Hannah shared a cryptic Instagram post on Saturday, featuring a picture of an owl with the caption, "someone's watching over us…. love & only love."

The couple had reportedly been dating since 2014. This would be the third marriage for Young and the first for Hannah, who previously dated Jackson Browne and the late John F. Kennedy Jr.