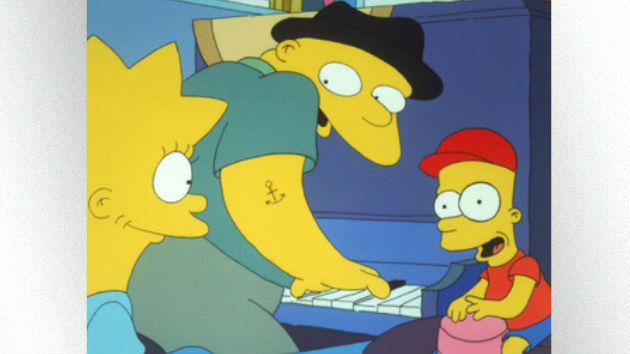 THE SIMPSONS ™ and © 1991 TTCFFC(LOS ANGELES) — It's official: one of the earlier episodes of The Simpsons did, in fact, feature the voice of one of the biggest stars on the planet: Michael Jackson.

This confirmation comes from the creator of The Simpsons himself, Matt Groening [GRAY-ning], in an interview with the Australian chat show The Weekly.

Confusion about Jackson's participation in the show has been around ever since the episode in question aired back in The Simpsons' third season. Called "Stark Raving Dad," it featured Homer being committed to a mental hospital, where he meets a burly white dude who insists he's the King of Pop.

The patient certainly sounds like Michael, and famously sings a birthday song for Lisa. According to Groening, the patient's voice was actually provided by MJ, though his singing voice was not.

"We really did have him," said Groening, but added that record label politics prevented the King of Pop from bursting into song.

"[T]here was some kind of deal with his record company or whatever, so when it came time to sing the songs, he had a sound-a-like singer. He stood there and watched the guy, who was so nervous."

And another bit of M.J.-related Simpsons trivia: The only word baby Maggie Simpson ever uttered on the show was "Daddy," delivered in 1992 in the 10th episode of show's fourth season. That line was delivered by none other than Jackson's close friend, Elizabeth Taylor.

Michael Cudlitz on getting to know his character, and escaping COVID, with ‘Clarice’
“I didn’t have a problem with the way we were doing it” — ‘Simpsons’ creator Matt Groening responds to racial casting flap
Tanker trucks, National Guard dispatched to Jackson, Mississippi, water crisis
Michael B. Jordan admits Chadwick Boseman’s death is what “made me cry the most this year”
Harry Shearer confirms he will no longer voice Black characters on ‘The Simpsons’
Matt James breaks silence on ‘Bachelor’ controversy: “It has been devastating and heartbreaking”